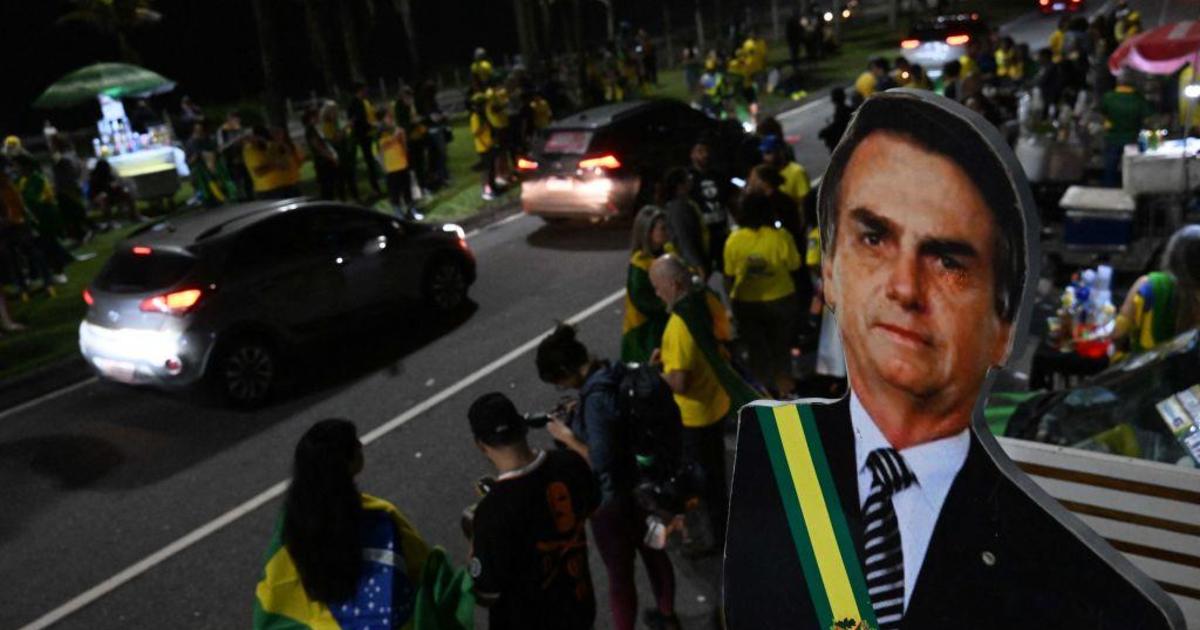 In a highly divided election that may decide whether Brazil elects a leftist to lead the fourth-largest democracy in the world or retains the far-right incumbent in power for another four years, the top two presidential contenders were neck-and-neck late on Sunday.

The left-leaning former president Luiz Inácio Lula da Silva is running against current President Jair Bolsonaro in the election. Although there are nine other candidates, Bolsonaro and da Silva’s support is much superior than that of the others.

According to the election commission, da Silva led Bolsonaro with 47.3% of the votes after 91.6% of the ballots had been tallied.

A second round of voting will be conducted for October 30 if it seems more apparent that none of the top two candidates will win more than 50% of the legitimate votes, excluding spoiled and blank ballots.

Nara Pavo, a political science professor at the Federal University of Pernambuco, said that there would most certainly be a second round. “There is very little chance of winning today (in the first round),”

Both the presidential race and the ones for governorships and congressional seats turned out to be much closer than expected.

According to Carlos Melo, a political science professor at Insper University in Sao Paulo, “the far-right has shown extraordinary endurance in the presidential and in the state campaigns.”

It’s too early to speculate, but this election demonstrates that Bolsonaro’s win in 2018 wasn’t a miscalculation, he said.

According to Cortez, “the surveys didn’t reflect that increase.”

The government of Bolsonaro has been characterized by inflammatory speeches, his testing of democratic institutions, his management of the COVID-19 outbreak, which has drawn widespread criticism, and the biggest deforestation in the Amazon rainforest in 15 years.

But he has gained support by upholding conservative principles, rejecting political correctness, and portraying himself as the country’s defender against leftist initiatives, which he claims violate individual freedoms and cause economic unrest.

Marley Melo, a 53-year-old businessman in the Brazilian capital Brasilia, wore the yellow of the Brazilian flag—which Bolsonaro and his followers have appropriated for protests—while casting his ballot earlier on Sunday. Melo said that he is voting for Bolsonaro once again because he lived up to his expectations and that he does not trust the polls that indicate he is losing ground.

Polls are subject to manipulation since they all belong to corporations with agendas, he said.

Despite greater welfare benefits, 33 million Brazilians still go hungry as a result of the delayed economic recovery. Brazil is exploring a turn to the political left, joining a number of its Latin American neighbors that are dealing with high inflation and a sizable population that is not eligible for formal work.

Bolsonaro has consistently questioned the accuracy of electronic voting equipment in Brazil as well as surveys on public opinion. Analysts worry that he has set the stage for rejecting the findings.

Bolsonaro once claimed to have proof of fraud, but he never showed it, even after the election body gave him a deadline. He recently said on September 18 that something must be “strange” if he doesn’t win in the first round.

Da Silva, 76, a former metalworker who attained the president after rising from poverty, is credited with establishing a comprehensive social welfare program during his administration from 2003 to 2010 that assisted in bringing tens of millions of people into the middle class.

However, he is also recalled for his administration’s participation in significant corruption scandals that included both politicians and corporate leaders.

Due to his own convictions for corruption and money laundering, which resulted in a 19-month sentence, Da Silva was unable to compete in the 2018 presidential election against Bolsonaro, according to surveys. On the grounds that the judge was prejudiced and had worked with the prosecution, the Supreme Court eventually overturned da Silva’s convictions.

Nadja Oliveira, a 59-year-old social worker, said she voted for da Silva in 2016 and even went to his rallies, but that she now supports Bolsonaro.

“We were let down by the Workers’ Party, unfortunately. It offered to be unique,” in Brasilia, she said.

Some people, such as Marialva Pereira, are more understanding. For the first time since 2002, she said she would support the previous president.

“The scandals in his first term turned me off, and I never again supported the Workers’ Party. Now I will because Bolsonaro is such a lousy president that it makes everyone else seem better and because I believe he was wrongfully imprisoned, “Pereira, 47, added.

Speaking after casting his ballot in Sao Bernardo do Campo, the state’s industrial center and the location of his former union leadership, da Silva remembered being imprisoned and unable to cast his ballot four years before.

Before enlisting in the army, Bolsonaro was raised in a lower-middle class home. After being discharged from the military for publicly advocating for higher military pay, he entered politics. He often professed nostalgia for the nation’s two-decade military dictatorship during his seven stints as a fringe politician in the lower chamber of Congress.

His outreach to the military has sparked worries that senior officers may support his potential rejection of the election results.

After the first round of voting on Sunday morning, Bolsonaro told the media that “clean elections must be honored” and that it will be the deciding factor. He offered a thumbs up when asked whether he would respect the outcome and then turned to leave.

68-year-old Leda Wasem was certain that Bolsonaro would not just win reelection. At a voting location in downtown Curitiba, a real estate agent wearing a national soccer team shirt said that there was only one possible reason for a da Silva victory: fraud.

“I can’t imagine that. There is not a single person that supports Lula where I work or go every day “She remarked.