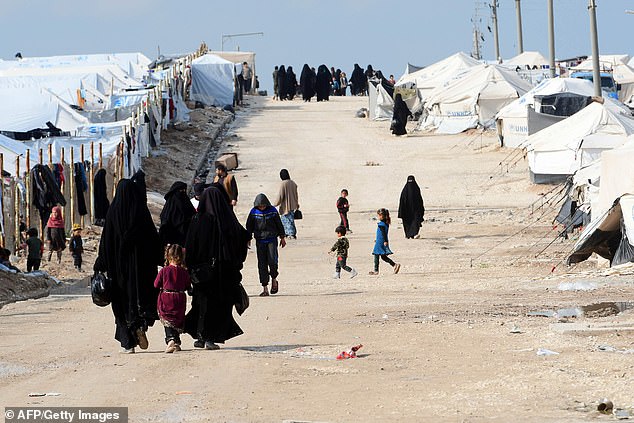 Following a top-secret espionage mission to Syrian refugee camps, the Australian government has changed its policy, allowing stranded Islamic State wives and their children to enter Australia again after a long-standing prohibition.

Before their ill-fated “caliphate” fell in March 2019, the ladies left Australia to fight with their husbands for the Islamist terrorist outfit.

The majority of Australians who sought to fight or who did so were either murdered in the line of duty or ended themselves in refugee camps.

Under strict anti-terror regulations, the Australian government adopted a severe policy of forbidding those individuals from reentering and revoking them of their passports.

Since their hardship may be exploited to lure more Australian Muslims to join terrorist organizations, intelligence officials now believe that leaving the Australians in the filthy camps could pose a greater danger to national security than leaving them there.

As a result of “risk assessments” conducted in August and September, The Australian reported that 16 women and 42 children detained in northeastern Syria’s al-Roj detention camp close to the Iraqi border would be repatriated in the next days and weeks.

Opinion in Australia is expected to be divided over the contentious decision.

It is anticipated that everyone who is returned home would be under under surveillance by security organizations, and some of them may even be charged with terrorism since it was against the law for many people to go to Syria and Iraq at the time.

The safety of Australians and Australia’s national security recommendations are the Australian government’s top priorities, according to a spokeswoman for Home Affairs Minister Clare O’Neil.

“It would not be appropriate to speak more given the delicate nature of the subjects involved,” was the statement.

Many of the women who left Australia under duress to join their husbands or wed ISIS terrorists were forced to leave.

Mariam Dabboussy, a lady from Western Sydney, was one of those women. At the age of 22, with her infant at 18 months, she left her middle-class existence to work in childcare for the war-torn hell hole when she married Kaled Zahab in 2015.

According to Ms. Dabboussy’s prior statement to the ABC’s Four Corners, “It began as a typical vacation.”

At the time, my spouse had never been abroad. The decision to take me abroad was therefore the first one he had made.

We had a fantastic vacation planned. We traveled to Lebanon, Malaysia, and Dubai with me.

Ms. Dabboussy was originally transported from Lebanon to a residence near the Syrian border in southern Turkey.

She was then taken to a desolate area of land.

She added, “There were other individuals there, and there was… a guy there.”

I surveyed my surroundings and wondered, “What am I going to do? I’m in the middle of nowhere, and I have no idea where I am.” I can hear gunfire. I just began running right now.

She didn’t get very far when they forced her into a vehicle and drove her to a residence with the black flag of the Islamic State.

“When I went inside that home, I saw a flag, so I started asking around,” Ms. Dabboussy said.

Some of the ladies had extremely shaky Arabic accents and hardly talked at all. They seemed a little startled that I wasn’t aware of what was happening. A few of them made fun of me.

We eventually came to the conclusion that the lads had tricked us, so to speak.

Ms. Dabboussy is now being kept at the al-Roj refugee camp with her three children and is scheduled to be deported.

Her father Kamalle said that while they have not yet received official notification of her homecoming, they “look forward to receiving further information from the authorities.”

As usual, he continued, “We’re willing to work with the government on the process.”

If accurate, this would be in line with what we have been requesting for over four years and provide vulnerable children with a chance to be safeguarded.