Skip to content
Home » News » Breaking News » Twitch has been criticized for safety, accessibility, and misgendering during a massive livestreaming event 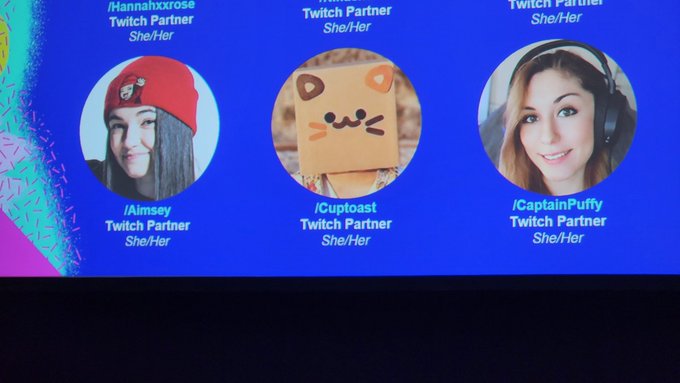 Twitch, which is owned by Amazon, is facing demands for a boycott after their annual convention TwitchCon in San Diego was slammed on Twitter by attendees who observed injuries, poor organization, and accessibility concerns. TwitchCon occurred from Friday, October 7 to Sunday, October 9.

Hundreds of producers and fans used the hashtag #boycottTwitch on Sunday, causing it to trend on Twitter. Many referred to the safety issues as “gross misbehavior” and stated that the event was poorly organized.

Other users have questioned whether a boycott of the network will hurt creators rather than assist them.

One of the convention’s most prominent scandals was a large foam pit in which some guests claimed to have been hurt.

Adriana Chechik, a Twitch streamer who posts gaming and ASMR material, tweeted on October 9 that she fractured her back in two places and required surgery after jumping into a foam pit the previous day.

Two additional streamers, EdyBot and LochVaness, tweeted that they were wounded when they fell into the foam pit, which NBC stated was just one foot deep despite USA Gymnastics’ recommendation that foam pits be between four and eight feet deep.

The foam pit was part of a Lenovo and Intel interactive booth, according to a tweet from one of Lenovo’s accounts. Intel did not answer to Insider’s request for comment, and Twitch sent Insider’s questions about the foam pit to Lenovo.

Lenovo is “aware of the situations in which TwitchCon attendees received injuries” in the foam pit, according to a company spokeswoman who told Insider, “Safety is our first priority, and we are working with event organizers to investigate the accidents.”

A Twitch representative told Insider, “All Twitch employees and merchants are trained on our processes to ensure that all attendees have a safe and pleasurable experience.”

Others who attended the event expressed additional safety concerns.

A person with the Twitter handle @fentysimp stated that two individuals fainted beside her as she waited in line for a panel featuring the cast of Dream SMP, a private server containing well-known Minecraft streamers.

She stated to Insider “As soon as the door opened, everyone rushed in, and I could hear staff members shouting about a “medical emergency.” While waiting, my friend also suffered a panic attack. I wish things were more structured and the lines were in the proper direction.”

Mousey May disclosed to Insider, “I was denied access to the Dream SMP panel by the security guard. I was unable to reach the accessibility line, causing others to surround me and push my father and me in my wheelchair about.”

Others said that TwitchCon eliminated its “accessibility lines” and that security did not assist wheelchair users.

According to Dexterto, the Dream SMP panel was conducted in a room with only 400 seats, but the number of attendees substantially exceeded this amount, resulting in throngs outside of the event venue.

“In response to bigger-than-anticipated attendance at a panel on Friday, we modified our lineup process and relocated some panels to larger rooms as necessary,” a Twitch spokeswoman told Insider.

Others attacked the company for claiming that a Twitch streamer identified as cuptoast used she/her pronouns in a snapshot of an online panel listing. According to their Twitter feed, the pronouns she/they are employed by cuptoast.

In the photograph, Aimsey was also identified with the she/her pronouns. According to their Twitter bio, “any pronoun (they/she/he)” is used. Some others contended that referring to Aimsey simply as she/her constituted “misgendering.”

Twitch declined Insider’s request for comment on this matter.

The controversy stems from considerable backlash towards Twitch prior to the event for booking Megan Thee Stallion despite its recent announcement of a new revenue split with producers, as well as for how it has handled gambling and child safety concerns.

»Twitch has been criticized for safety, accessibility, and misgendering during a massive livestreaming event«