Skip to content
Go Home «» News «» World News «» A British tourist, 35, has been left critically injured and requiring emergency surgery after being stabbed during Oktoberfest in Germany 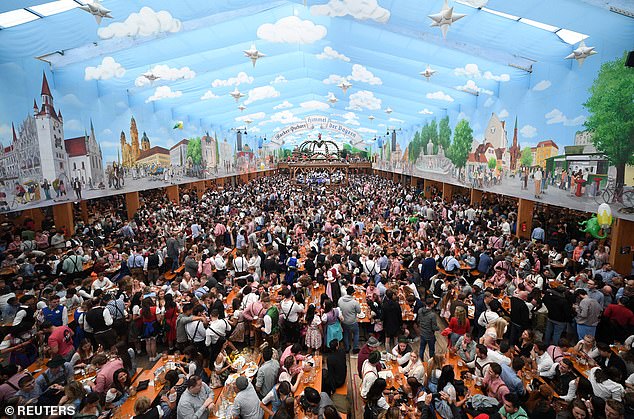 A British man is battling for his life after being stabbed in Germany at Oktoberfest.

The 35-year-old tourist is in serious condition and requires emergency surgery after sustaining an injury in Munich on September 17 as the famed festival began.

Today, German police in the city detained two 18-year-old males in connection with the stabbing.

Officers have conducted searches of five residential homes in Munich in an attempt to locate the firearm.

According to the German news source br.de, police suspect the stabbing was related to a botched narcotics transaction.

The man is believed to have been stabbed in the upper body after being robbed of hundreds of euros, the newspaper continues.

Supposedly, the two criminals fled the area after robbing the alleged victim.

It follows the resumption of the renowned beer festival after a Covid-mandated suspension.

On the basis of prior yearly festivities, it is expected that up to six million people will make their way to Munich for the event, which continues through October 3.

»A British tourist, 35, has been left critically injured and requiring emergency surgery after being stabbed during Oktoberfest in Germany«