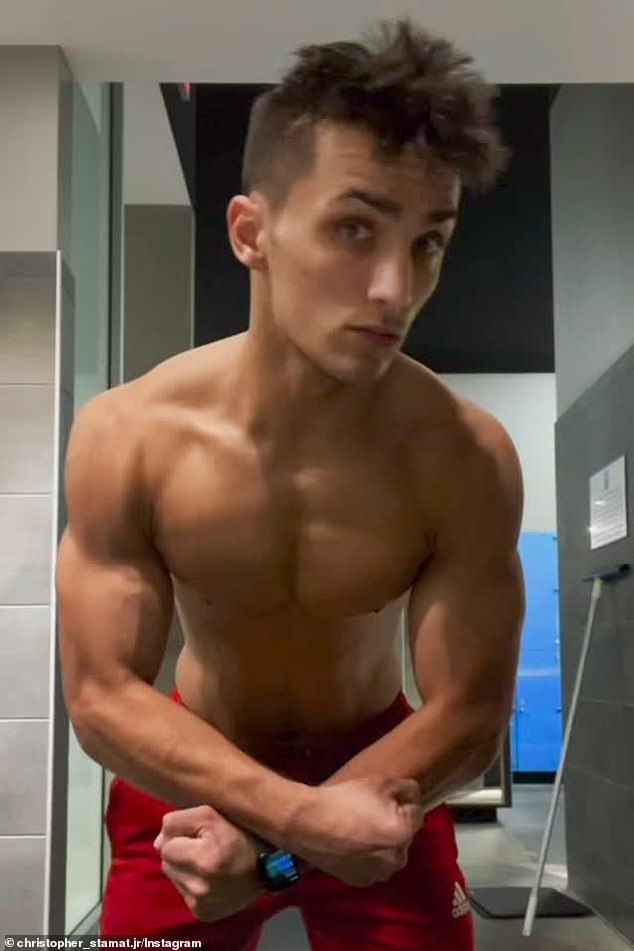 Christopher Stamat Jr., 21, was detained by Tampa Police on Saturday in connection with the shooting on October 5 at about 4:30 a.m.

The pregnant woman was reportedly shot in the head by Stamat, who also left her with less serious wounds.

Six felony charges, including four counts of aggravated assault with a dangerous weapon, one case of second-degree attempted murder, and one count of firing into a moving car, are brought against Stamat, who is being detained without bail.

Tampa Police Chief Mary O’Connor described how Stamat was detained by police on Saturday for felony marijuana possession but then released at a press conference on Sunday morning.

After presenting evidence in support of the gunshot accusation, he was then detained again later that afternoon, according to O’Connor.

In light of the fact that the suspect connected to this horrifying, senseless act of violence is no longer at large, O’Connor added, “our community as a whole can sleep better tonight.”

“You grab a rifle and shoot a family,” the speaker said. We can’t really take a step back and attempt to understand “why” it happened. There truly is no room for that type of conduct.

In the Old West Tampa area, a parking lot across from the Martin Luther King Jr. Recreation Complex is where the shooting took place.

Police were able to locate Stamat’s 2012 BMW using CCTV video from the incident.

Three miles from the assault site, his automobile was discovered in the garage of his girlfriend’s house.

After obtaining warrants, police searched Stamat’s house and vehicle and discovered empty round shells that matched those recovered at the homicide site, as well as an empty gun box for a 9mm pistol.

O’Connor also detailed how Stamat reportedly used a different firearm in the shooting than the one that police had discovered.

There is no question that the shot casings belong to him, the chief said, as the door to his bedroom, where they were discovered, required finger print identification to unlock.

Stamat previously acknowledged that he was the only one to have recently used his automobile and that, the morning of the shooting, he was driving near the scene of the crime.

Stamat did not provide police a reason for the shooting but claimed he was being watched and followed, which his girlfriend also corroborated to police. Stamat looked to be fascinated with weight lifting and working out based on photographs on his social media profile.

The father, who is in his 30s, heard gunfire as another vehicle pulled up. In order to avoid the bullets, he called for his wife, who is in her 20s, and their three children to get to the ground.

Pregnant mother was hit in the head and transferred to a nearby hospital with non-life-threatening wounds, according to authorities.

According to authorities, the three children—a three-year-old girl, a four-year-old boy, and a nine-year-old girl—were not hurt in the incident. The children are now residing in Florida with other family members.

According to reports, the family was reportedly living in a rented vehicle since a relative did not have room for them. They had resided outside of Florida for the previous several months.

They had draped clothing over the windows of their automobile, making it difficult for any potential suspects to see who was inside.

Before escaping, Stamat is said to have fired more than a dozen rounds.

According to the police, there is presently no evidence linking Stamat to the murders.