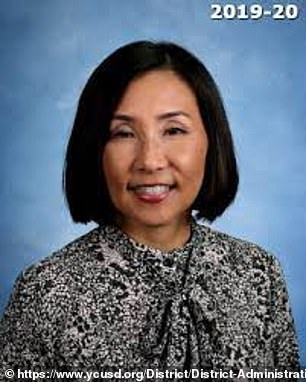 After a video showing some of its players carrying out a slave auction in which they seemed to sell off black teammates surfaced, a California football club decided to cancel the remainder of the season.

According to the horrifying footage, players on the football team from River Valley High School in Yuba City are seen doing the’reprehensible’ conduct on purpose as a kind of frat boy joke.

Doreen Osumi, superintendent of the Yuba City Unified School District, denounced the prank in a statement obtained by CNN as being “very hurtful and humiliating.”

Osumi expressed worry that pupils spent time thinking about this dreadful behavior without the least consideration that it is nasty and harmful. “The tape clearly reveals that this event was managed and coordinated,” she stated.

“(River Valley players) may claim it was a joke and they had no malice in mind, but the truth is that this is not only detrimental, but also shameful.”

Reenacting a slave auction as a practical joke shows us how much work our kids still need to do to understand the difference between purpose and effect.

They may have thought this act was humorous, but it is not; it is reprehensible and calls for an in-depth examination of systemic racism concerns.

For breaking the school’s student-athlete code of conduct, the team players named in the “unfortunate and terribly disturbing event” video were immediately suspended for the rest of the year.

As a result, the football team was unable to participate in the league and was had to forfeit each game.

Osumi said that the school will also undertake “education, honest, open conversations, and training” about racism in addition to possible extra disciplinary actions for some of the participating players.

She said, “At this time, the District and site management are working diligently to find lessons and initiatives to assist our student population learn from this circumstance.”

When students find comedy in something that is so profoundly hurtful, it indicates to me that we have a chance to help them broaden their perspective and become more aware, thoughtful, and sensitive of others.

This horrible prank by schoolchildren holding fictitious slave auctions is not the first of its kind.

An impersonated slave auction was organized in March of this year at a middle school in North Carolina, when white kids sang the n-word while pretending to sell a black student for $350.

According to the Chatham Organizing For Racial Equity, the fake auction took place at the J.S. Waters School in Raleigh in front of employees and educators and was even captured on film.

When Ashley Palmer, a parent of a kid at the school, commented about the offensive role play on Facebook after learning about it from her own son, Jeremiah, it became widely known.

The fact that the culprits were only punished for one day after the school system was compelled to take action by a tide of neighborhood rage further incensed Palmer.