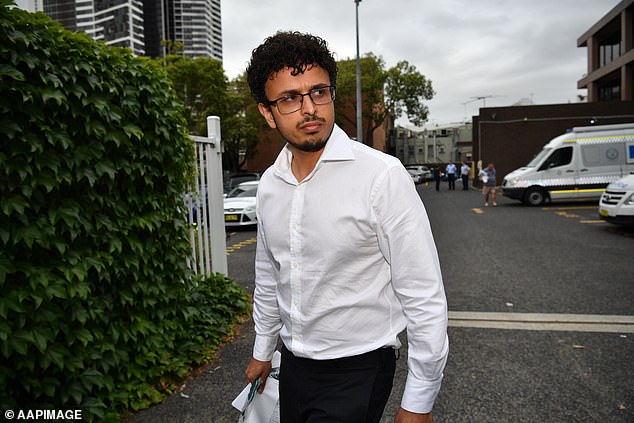 After serving four years in prison for fabricating terrorist threats because he was envious of another man, Usman Khawaja’s brother is now free.

Threats to kill former Prime Minister Malcolm Turnbull and the Governor-General were among the submissions, along with plans to assault police stations, an Anzac Day ceremony, a Boxing Day Test match, and Sydney landmarks including St Mary’s Cathedral.

Khawaja has returned to reside in western Sydney on parole after having two petitions denied earlier. His borderline personality disorder is being treated.

Mr. Nizamdeen was charged with terrorist offenses in 2018 and imprisoned for four weeks at the notorious Goulburn Supermax facility, which houses some of Australia’s most known and dangerous convicts.

Before the case was ultimately dismissed, Khawaja entered a guilty plea to impeding the administration of justice.

Khawaja further acknowledged that in 2017, he called the police to complain about another innocent individual about whom he was envious and made false claims about the man’s immigration status and terrorist support, among other things.

He mentioned his well-known brother in the call as a potential target of the individual.

In June 2021, Khawaja would have been eligible for parole, but former attorney general Michaelia Cash turned down two requests for an early release.

He subsequently filed a lawsuit in Federal Court against Ms. Cash, claiming that she had ignored his borderline personality condition.

When he originally scribbled the false terror threats in Mr. Nizadeem’s notebook, the disease had not yet been identified. In April of this year, Justice Tom Thawley agreed with Khawaja’s defense attorneys and sent the matter back to Ms. Cash.

According to the Daily Telegraph, the previous attorney general granted him release, and he is now back home in western Sydney.

After being released from jail, where he was not given the right treatment for his ailment, it is thought that Khawaja’s mental health is improving.