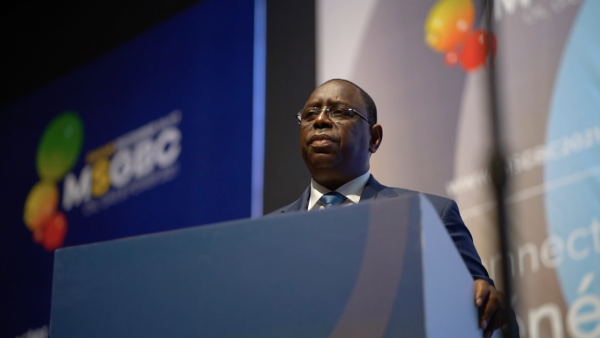 The event, which is being sponsored by H.E. Macky Sall, President of Senegal and Chairperson of the African Union, will include two days of strategic programming, including forums, roundtables, seminars, and workshops, on top of an exhibition of more than two dozen floor stands from the major energy players in the area.

The theme of MSGBC 2022 is appropriately titled “The Future of Natural Gas: Growth Using Strategic Investment and Policymaking.”

The basin’s governments are utilizing the estimated 50 trillion cubic feet (tcf) of natural gas reserves that are held there by holding active or upcoming licensing rounds.

Senegal will soon release a new round after its most recent 12, The Gambia will release five offshore and two onshore blocks this year, the most recent special tender round for Guinea-Bissau still has five deepwater blocks available, and Guinea-Conakry is finalizing the bidding terms for a 22-block offshore round.

MSGBC Oil, Gas & Power 2022 is the official venue to interact with investors, network with stakeholders, and seal transactions that will further the regional energy industry in the midst of significant developments across the whole MSGBC energy spectrum.

On the hydrocarbon front, ventures like the 500 million-barrel deepwater Sangomar project make a compelling argument for oil exploration and investment.

Nine billion barrels of oil equivalent are present across MSGBC nations. Similar to how natural gas is expected to change the local energy and economic landscape, the conference will present updates, offer insights, and highlight opportunities related to projects like the 20 tcf Yakaar-Teranga project, the 13 tcf BirAllah project, and the 15 tcf Greater Tortue Ahmeyim (GTA) development.

A major focus of the conference is MSGBC liquefied natural gas (LNG), with numerous “firsts” connected to local advancements.

While in Mauritania, an agreement reached by the government last year will bring in LNG specialist business, New Fortress Energy for the country’s first significant gas-to-power development, 15 tcf of natural gas have been unlocked in the GTA field, Africa’s deepest offshore project.

This project, which is fueled by one tcf of natural gas reserves found in the Banda field off the coast of Nouakchott, is only made possible thanks to New Fortress Energy’s revolutionary modular LNG technology, which allows for a scale-up of facilities while minimizing initial costs and maximizing efficiency.

Future renewable energy developments, in addition to oil and gas, are putting the area at the forefront of Africa’s energy revolution.

At ECP’s events last year, $2.5 billion worth of deals were completed, and the MSGBC conference in particular is expected to bring in a flood of new deals as large-scale developments around the region begin to take off.

A Security Forum will highlight how geopolitics affects foreign direct investment (FDI) and show how this impact could be re-engineered for a competitive advantage.

A forum on technological innovation and the future of the energy industry will highlight the region’s potential while emphasizing LNG as essential.

“MSGBC Oil, Gas & Power is a platform like no other, presented in partnership with the region’s energy ministries, NOCs, and international oil companies, with the potential to transform the future of west African energy through FDI at unprecedented scale, facilitating spring-boarded sustainable socioeconomic development for the region,” said Sandra Jeque, the conference director for ECP. MSGBC 2022 gives west Africa the potential financial means to genuinely fast-track its world-class megadevelopments, resulting in a healthy post-pandemic recovery for each nation, with $2.5 billion worth of transactions completed at ECP’s events last year alone.