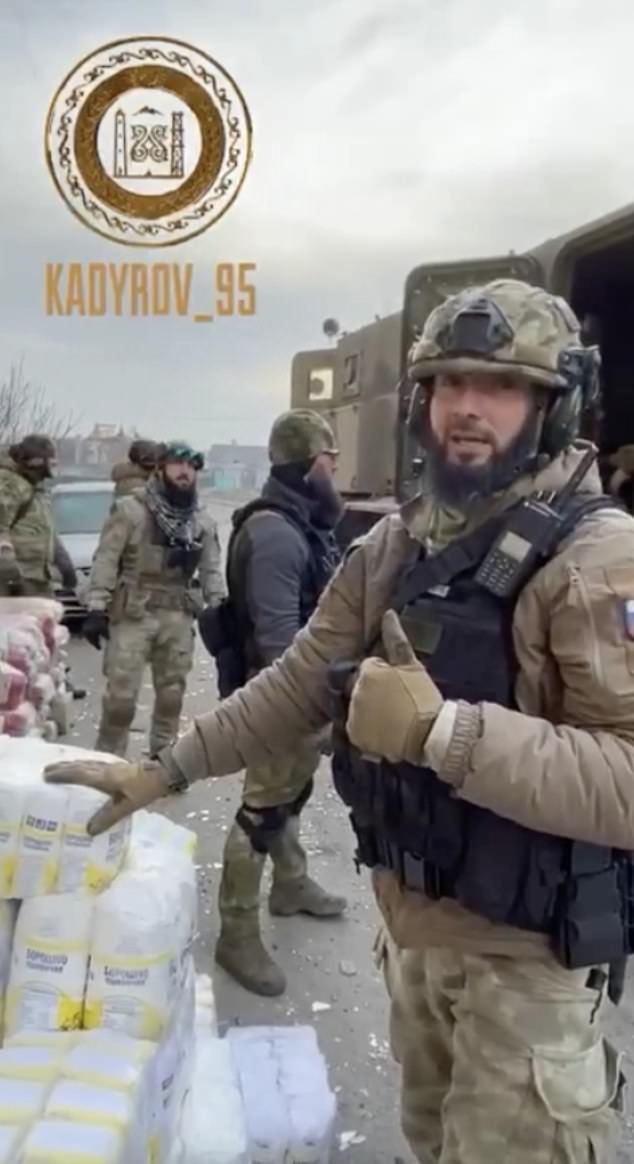 A remarkable video obtained by The Mail on Sunday appears to show Russian soldiers handing out hijacked Ukrainian aid to residents of the besieged town of Mariupol in a cynical propaganda stunt.

The footage was supplied by Alexey Podolian, a Ukrainian soldier badly injured in a Russian mortar attack.

‘I want the world to know the truth,’ said the 26-year-old artillery commander. ‘There is a rule that humanitarian aid can’t be attacked, so for quite a while there was no security on convoys.

The video, being shared among Ukrainian troops fighting in the Donbas region of eastern Ukraine, was posted on the Telegram messaging service site of Chechen warlord Ramzan Kadyrov, a Vladimir Putin ally.

It appears to show Chechen fighters and Russian soldiers handing residents food and drink that has Ukrainian writing on it.

The MoS has been unable to verify the footage, but Russia has been accused of waging a propaganda war domestically and overseas.