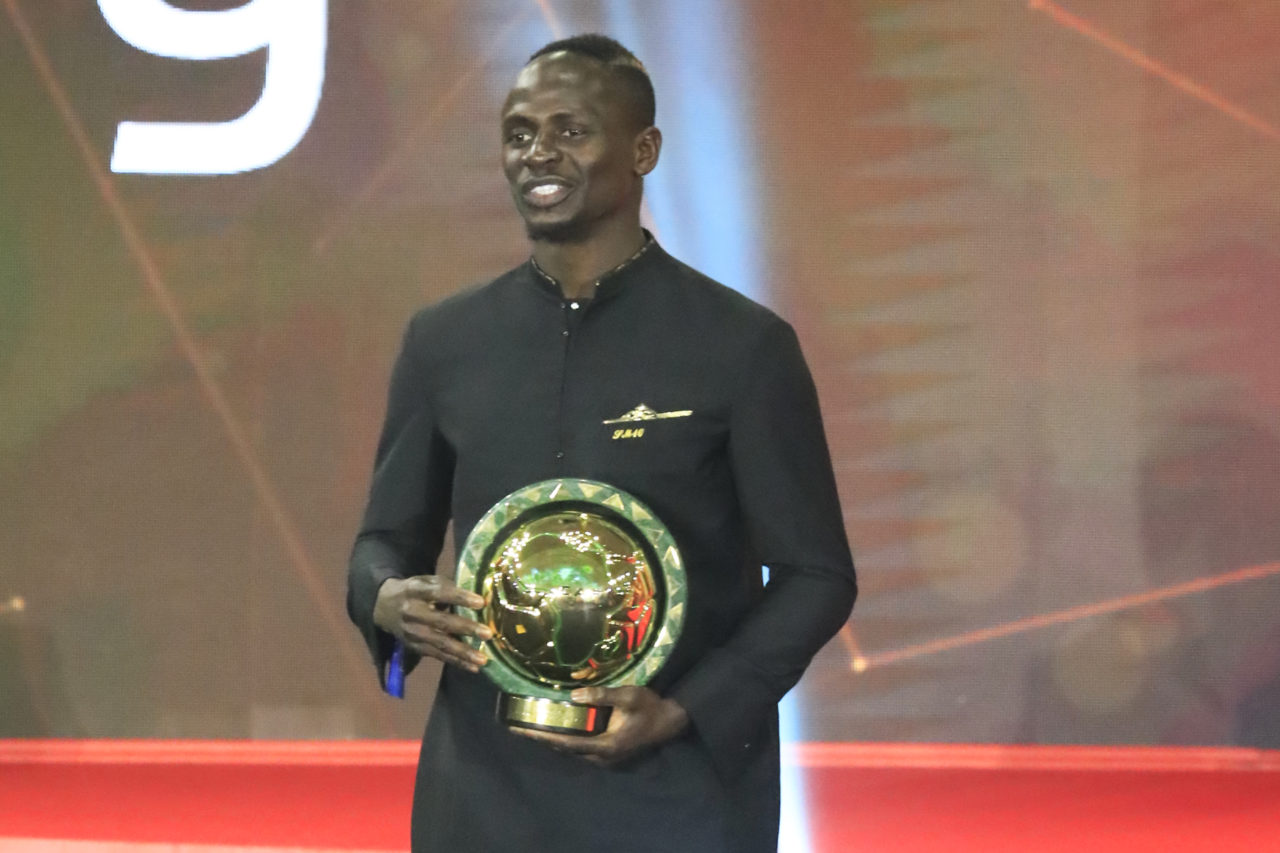 The 30-year-old forward initially received the title in 2019 while playing for the English club Liverpool. Recently, he signed a three-year contract with the German powerhouse Bayern Munich.

After a three-year hiatus due to the coronavirus outbreak, the awards were reinstated, and Nigeria’s Asisat Oshoala retained her 2019 title.

Oshoala became the first player to win five women’s trophies following a season in which she earned Spain’s Pichichi award for the leading scorer. Previously, she had split eight trophies with her compatriot Perpetua Nkwocha.

She received more votes than Cameroon’s Ajara Nchout Njoya, who plays for Inter Milan, and Zambia’s Grace Chanda, whose team qualified for the Women’s World Cup for the first time this month.

In February, Mane netted the game-winning penalty kick as Senegal defeated Egypt in the Cup of Nations final in Yaoundé, Cameroon. As the nation won its first African trophy, he became its icon.

Six weeks later, he netted the game-winning penalty in a penalty shootout as Senegal defeated Egypt to qualify for the World Cup finals in Qatar.

The Path to the Award

Metz was interested in Mane after he played for Generation Foot, a local second-tier club. Mane was born approximately 400 kilometers from Dakar.

Mane was in Rabat, Morocco, to accept the honor after sprinting across the Atlantic after scoring a penalty kick for his new team during Wednesday’s 6-2 preseason friendly victory over DC United in Washington.

He defeated Salah twice on the international stage, even though they both played for Liverpool and helped them win the FA Cup, League Cup, and the Champions League final.

Mane defeated Salah in the Africa Cup of Nations final in February and in a World Cup qualification match in March.

Last season, Salah was the best player in the English Premier League. He scored 23 goals to win the Golden Boot and led the list of players who assisted on 13 goals.

After establishing his reputation in Salzburg, Mane moved to Southampton, where he broke a Premier League record by scoring a hat trick against Aston Villa in 176 seconds.

Midway through 2016, the Senegalese player joined Liverpool, and he, Mohamed Salah, and Roberto Firmino formed a formidable front three.

Since then, Salah has signed a new contract with Liverpool, whereas Mane has decided to go. Bayern Munich reportedly paid an initial cost of 32 million euros, which might increase to $41.7 million.

Mendy, a Chelsea player also nominated for the award, was selected as the best goalkeeper in the world at the FIFA 2021 event held in January.

Since Vincent Enyeama in 2014, the 30-year-old has been the first goalie to rank in the top three for African Footballer of the Year.

Mendy contributed significantly to Senegal’s victory and Chelsea’s triumph at the Club World Cup in February.

What Others Had To Say

On a night to remember for the West African nation of Senegal, Mane’s award was one of five men’s accolades the nation took home.

Augustin Senghor, the president of the Senegalese football organization, stated, “We’ve waited a long time for this Nations Cup.” We set an excellent example for the teams that have not yet won the competition.

Long-serving Aliou Cisse, a Senegalese manager, was voted coach of the year, and his team was chosen as the best men’s team. Young player of the year was awarded to Pape Sarr, while Pape Ousmane Sakho’s overhead kick for Tanzanian club Simba was chosen finest goal.

Sarr defeated Red Bull Salzburg’s Ivorian Karim Konate and Manchester United’s Tunisian Hannibal Mejbri to win an accolade that had previously gone to Salah. This was accomplished while on loan with the French club Metz.

Mane, who is 30 years old, started as he won his medal, “I am really excited to win this year’s trophy.”

Mane, who also helped Senegal qualify for the World Cup and won two domestic trophies with Liverpool, stated, “I thank the people of Senegal and present this trophy to the young of my nation.”

“This award is for young Senegalese citizens. I’m unable to find the right words to express my sadness.” Mane told the audience at the CAF awards in Rabat that he had just returned from Washington, DC, where he scored for his new team in a preseason match on Wednesday.