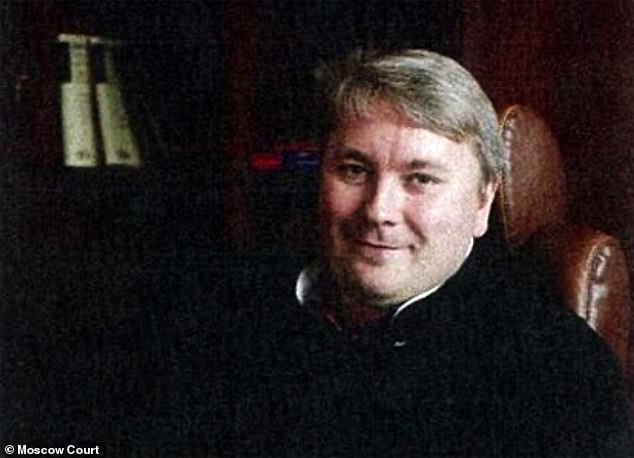 Since Vladimir Putin started his terrible assault in Ukraine, a high-profile oil executive has died, and this time it was a Russian MP.

The “Gas wonderkid,” Nikolay Petrunin, 47, purportedly passed away from Covid-related problems after spending a month in a coma, however this has not been proven.

In recent months, there have been a number of unexplained fatalities involving Gazprom and energy officials, including executives who committed heinous murder-suicides, drowned in swimming pools, and fell out of windows.

Critics worry that the assassinations may have been ordered by Putin’s ominous FSB, despite the fact that the Russian dictator has always refuted accusations that he ordered the executions of dissidents.

The multi-millionaire father of three and former top gas sector executive Petrunin was regarded as a Putin supporter and “political prodigy” and rose to the position of deputy chairman of the influential energy committee of the Russian parliament.

His companies constructed gas pipelines for significant Russian energy producers, and he had connections to Rosneft and Gazprom, the Kremlin gas giant that is now depriving the West of Russian supplies due to the conflict.

Being an MP in the Tula area since 2016, he disclosed an annual remuneration of up to £1.75 million. He is also married to Albina Petrunina, a former police officer with the rank of major.

Later, she joined powerful Gazprom manager Vladimir Vasiliev as a co-owner of MetaTrendCity.

In addition to running PromGazService, he formerly had enterprises involved in beer and tourism.

His passing was verified by his aides, and it follows the strange deaths of many other leaders connected to Gazprom.

This week, it was revealed that 42-year-old Sergey Maslov, a prominent judge, was murdered at or close to the explosion’s epicenter on the Crimean Bridge.

At the Moscow Arbitration Court, he has presided over disputes between the oil company Gazprom and the Moscow municipal government.

He presided over “difficult cases” involving commercial issues, according to a legal source, and was described as “unusually independent-minded and incorruptible.”

Although this was not officially verified, one source claims that the head of Lukoil, the second-largest oil business in Russia, was “beaten” before being “thrown out of a window.”

His business has expressed opposition to the conflict in Ukraine.

Strangely, shortly after Maganov’s corpse was discovered, Putin traveled to the prestigious Central Clinical Hospital to pay his respects to the last Soviet leader Mikhail Gorbachev, who had passed away there.

Yuri Voronov, 61, the director of a transport and logistics firm for a business affiliated with Gazprom, was discovered dead in his swimming pool in July, and a renowned criminologist friend suspected foul play.

In upscale residences close to St. Petersburg, two further deaths of executives connected to Gazprom were recorded, raising questions about whether apparent suicides were really murders.

The day after the conflict in Ukraine broke out in February, Alexander Tyulakov, 61, a top finance and security employee at deputy general director level for Gazprom, was found dead by his girlfriend.

But according to sources, he was severely battered just before he’suicided,’ raising the possibility that he was under a lot of stress.

Three weeks earlier, 60-year-old Leonid Shulman, the chief of transport at Gazprom Invest, was discovered dead with numerous knife wounds in a pool of blood on the floor of the same upscale Leninsky gated housing complex in the Leningrad area.

Alexander Subbotin, a 43-year-old billionaire who was a senior management at the Kremlin-friendly energy company Lukoil, was discovered dead in May after allegedly consulting shamans.

One hypothesis holds that Subbotin, who also had a shipping business, suffered a heart attack after being poisoned by toad venom.

Wealthy Vladislav Avayev, 51, a former Kremlin official, killed his wife Yelena, 47, and daughter, 13, before purportedly taking his own life in April.

He has close ties to Gazprombank, a major player in the Russian banking sector.

Friends reject claims that he was envious when his wife revealed she was carrying their driver’s child.

There are allegations that he had access to the Kremlin elite’s financial information.

After murdering his wife Natalia, 53, and their teenage daughter Maria with an axe, multimillionaire Sergey Protosenya, 55, was discovered hung in his opulent Spanish mansion a few days later.

He was once Novatek’s vice chairman, a business that has ties to the Kremlin as well.

Questions have also been raised about the passing of Putin’s top advisor on exploiting Russia’s abundant Arctic resources, who ‘went overboard’ to his death from a boat off the Pacific coast of the nation.

Ivan Pechorin, 39, has lately attended a significant meeting held in Vladivostok by the Kremlin warmonger.

The ace in the hole was Putin’s Far East and Arctic Development Corporation’s managing director.

And in another instance that has sparked controversy, a multi-millionaire in the mobile phone industry and his wife were discovered dead after being stabbed.

Yevgeny Palant, 47, and his wife Olga, 50, both of Ukrainian descent, were discovered naked and covered in knife wounds by their 20-year-old daughter Polina.

According to an immediate briefing to the media, the lady killed herself in a fit of jealous anger after Palant said he was splitting up with her.

But the best friend of the couple vehemently contested this.