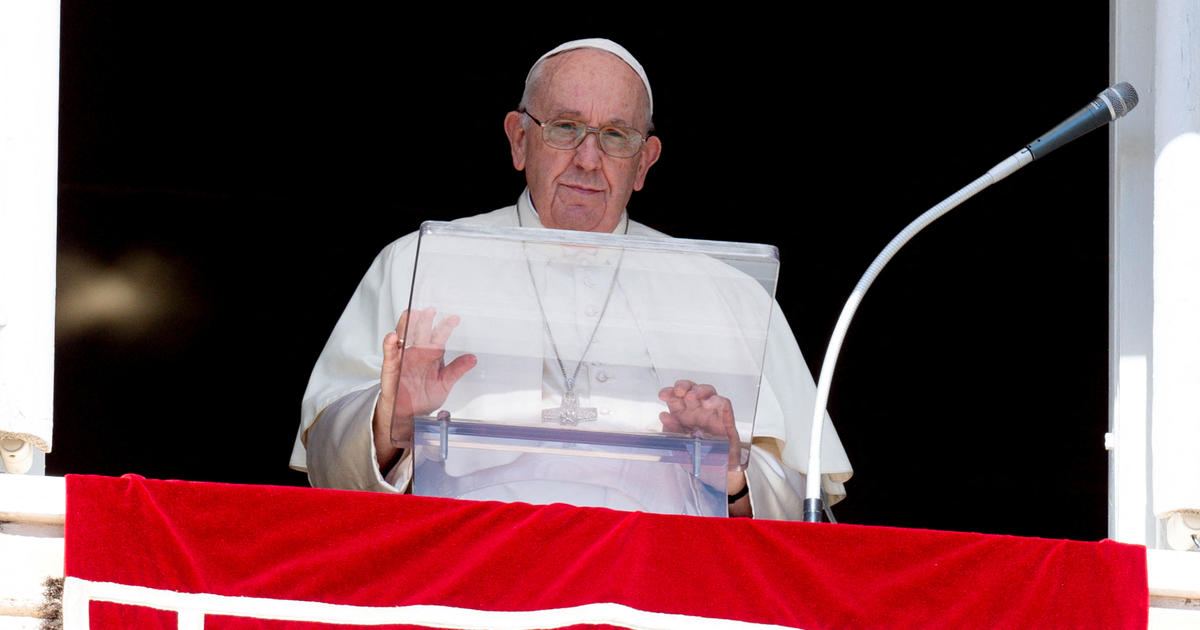 As tensions over the conflict continue to rise, Pope Francis on Sunday pleaded with Russian President Vladimir Putin for a cease-fire, urging him to “end this spiral of bloodshed and death” in Ukraine and criticizing the “absurd” possibility of the “uncontrollable” effects of a nuclear assault.

Francis made his most forceful appeal to end the seven-month battle, calling it “an mistake and a tragedy.”

He mentioned Putin’s involvement in the conflict for the first time in public at that point. Volodymyr Zelenskyy, president of Ukraine, was also urged by the pope to “be open” to real peace initiatives.

Francis announced to the crowd assembled in St. Peter’s Square that he would be focusing his meditation on Ukraine during his Sunday midday comments rather than his normal theological topic.

According to Francis, “the way the conflict in Ukraine is progressing has become so terrible, catastrophic, and dangerous that it provokes considerable alarm.”

The pope said that rather of healing, “this horrible, incomprehensible wound of mankind continues to bleed even more, threatening to spread.”

Francis expressed his great regret for the dire situation that had been brought about by recent acts that were against international law, clearly alluding to Putin’s unlawful annexation of a sizable portion of eastern Ukraine. In reality, it raises the possibility of a nuclear conflict, making people fearless and disastrous effects on a global scale.

The pope stated, “Rivers of blood and tears poured these months torture me.” “I am grieved by the hundreds of casualties, especially the children, and by the immense devastation that has left many people and families homeless and threatens to bring cold and hunger to broad swaths of the world,” he added.

The pope said, “Some deeds can never, ever, be justified. He said nothing further. Putin tried to defend the invasion by claiming that he had to defend his nation from what he termed “Nazi” groups in Ukraine.

Francis lamented that the names of places like Bucha, Irpin, Mariupol, Izium, Zaporizhizhia, and other locations—which have turned into sites of unfathomable agony and fears—are used to teach people about Ukraine’s geography.

“And what can be said about the reality that mankind is once again under nuclear threat? Francis pronounced “It’s ridiculous” and demanded an immediate end to hostilities.

Francis pleaded with the Russian Federation’s president in particular, pleading with him to halt the cycle of violence and death “for the love of his people” as well. On the other hand, Francis added, “I address a similarly trusting plea to the president of Ukraine to be open to sincere initiatives of peace, saddened by the enormous suffering of the Ukrainian people as a result of the violence suffered.”

In his repeated calls for an end to deadly disputes, the pope seldom singles out leaders. Francis’ actions conveyed his deep concern for the dire circumstances.

Francis prayed, “May weapons end and circumstances be sought to begin dialogue leading to solutions not imposed by force but agreed upon, reasonable, and stable.” “And they will be so if they are founded on respect for the sacred worth of human life, as well as for each country’s sovereignty and territorial integrity, as well as for the rights of minorities and of genuine concerns,” the author writes.

He reiterated his repeated appeals for an early cease-fire by invoking God’s name and the “feeling of humanity that lodges in every heart.”

Francis urged the “recourse to all diplomatic tools, even those so far probably not deployed, to resolve this terrible sorrow” without going into more detail.

The pope said, “The war itself is a mistake and a misery.”

Francis has opposed using force throughout the conflict. However, he has increasingly emphasized Ukraine’s right to defend itself against invasion. His repeated desire to go to Ukraine to support peace efforts has been thwarted by logistical issues.