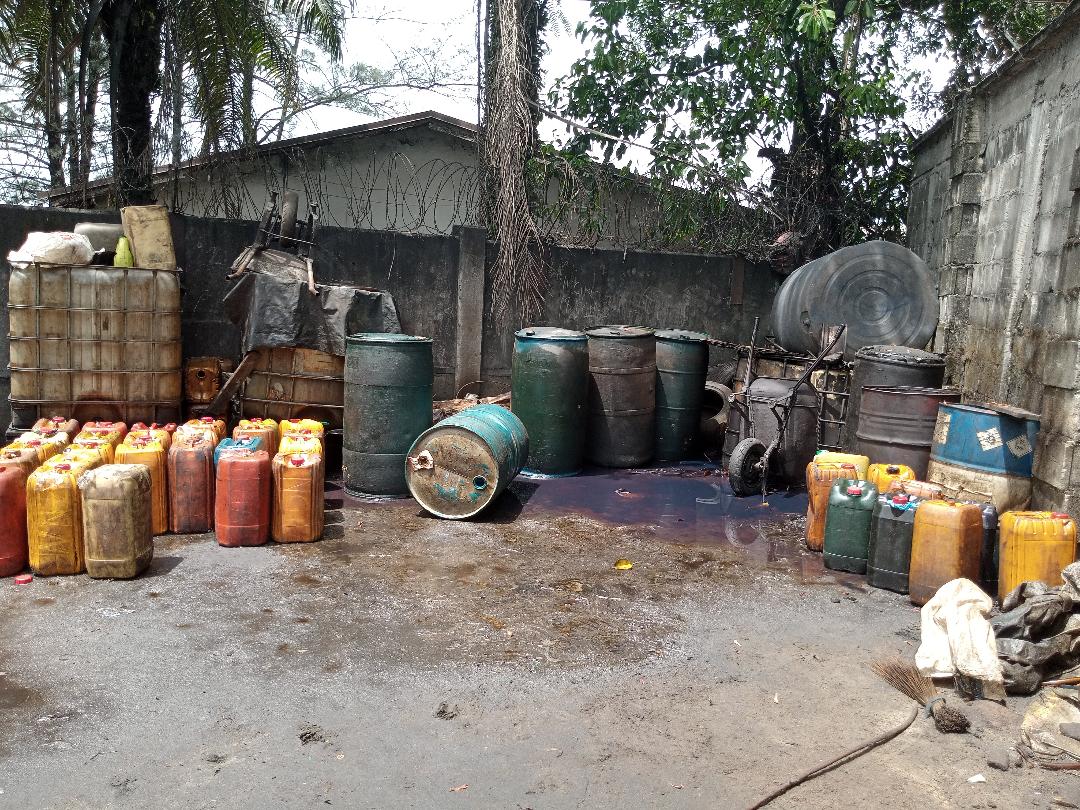 The EFCC’s head of Media and Publicity Mr Wilson Uwujaren in a statement said; “They were arrested in an uncompleted, one-storey building in Eastern bypass, Port Harcourt, Rivers State Southern Nigeria, where they are allegedly operating a private jetty, with two vessels christened, Fol Courage and Samriyahkingstown, anchored at the jetty.