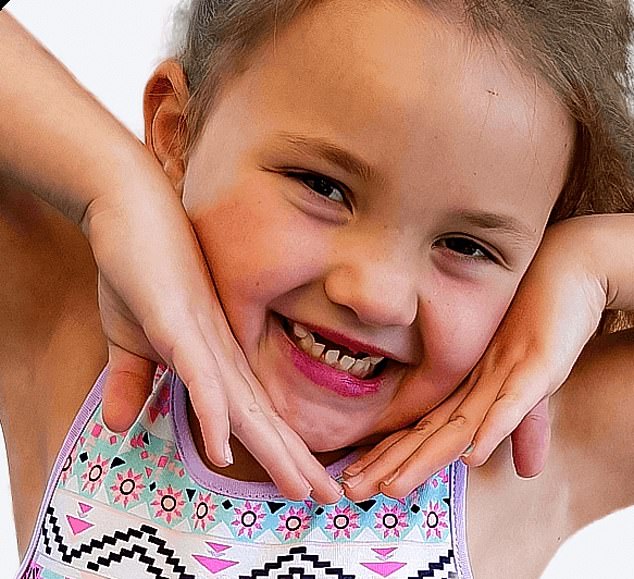 Dr. Charlie Teo has denied being’money-hungry’ or ‘unethical’ after being accused of charging desperate families exorbitant sums to operate on their loved ones. He concedes that if he were ‘motivated by money,’ he would have resigned years ago.Neurosurgeon Charlie Teo defends his reputation on the Today Show

The renowned ‘last chance’ neurosurgeon stated on the Today Show that surgery is only immoral if it is performed for reasons such as fame, money, or ‘proving a point.’

Dr. Teo stated that it was his responsibility to advocate for the patient while determining whether it was safe to operate, especially if the patient’s loved ones were frantic to keep them alive.

He told hosts Ally Langdon and Karl Stefanovic, “It’s no wonder you want to keep them alive because you love them so much and can’t take the thought of them dying.”

That is not a sufficient justification for me to operate on that individual.

The renowned ‘last chance’ neurosurgeon (seen on Wednesday’s Today Show) stated that surgery is only immoral when done for reasons such as fame, money, or ‘proving a point.’

Dr. Teo has been unable to operate in Australia without written consent from a colleague surgeon for the past 15 months due to restrictions placed on him by the Medical Council of NSW following three complaints.

Tuesday evening, the surgeon went on A Current Affair to address charges that he charged exorbitant costs to the desperate families of two young patients: a four-year-old Indian boy and a seven-year-old Hunter Valley girl.

Both toddlers were diagnosed with diffuse intrinsic pontine glioma (DIPG), a neurosurgeon-designated inoperable and fatal form of juvenile brain cancer.

The brain stem tumor is so aggressive and incurable that children diagnosed with DIPG are immediately deemed to be in palliative care.

Mikolaj Barman from Assam, India, was one of two children suffering from DIPG whose parents contacted Dr. Teo for assistance.

The brain stem tumor removal procedure rendered him unable to walk, speak, or breathe independently again. Ten months later, in August 2019, he passed away, shortly after the tumor resurfaced.

Prasanta and Sangeeta Barman (shown above with their late son Mikolaj) paid Charlie Teo $80,000 to operate on their four-year-old son in a desperate effort to save his life.

Dr. Teo operated on Bella Howard of Shoal Bay after her parents urgently attempted to extend her life after a DIPG was identified on her brain stem.

After the family paid Dr. Teo $100,000 in April 2020 for surgery, she was left with left-sided paralysis and died seven months later when the tumor reappeared.

Langdon inquired as to whether the two young patients had been “collateral damage.”

Teo answered, “That is such an expressive term, Ally; it sounds awful.”

Langdon continued to interrogate him, adding, “But I put it to you, do you have to accept that Mikolaj and Bella are paying the price for what you’re doing and how experimental it is?”

Dr. Teo stated, “They have paid an awful price.”

“Mikolaj was the most adorable young guy. I mean, he came up to me, he hugged me, and he called me Dr. Charlie, and I have to accept it.

“However, I continue because for every Mikolaj, there are more patients who do well, who would have died but have been cured or whose lives have been prolonged through surgery.”

Dr. Teo remarked, “I have more triumphs than failures, and they are really big successes.”

“The German guy was dying when I removed his tumor; three years later, he is alive and thriving.”

Although he uses a wheelchair, he still spends time with his children and rides a wheelchair bicycle. And it could have been worse.

He may have died from an operation or four weeks later. He made a calculated gamble that paid off. And he is only one of many others who have performed exceptionally well,’ Dr. Teo stated.

Dr. Teo has been unable to operate in Australia without written consent from a colleague surgeon for the past 15 months due to restrictions placed on him by the Medical Council of NSW following three complaints (the surgeon is pictured with partner Traci Griffiths)

I am pushing the envelope. However, someone must push the limits, and regrettably, some individuals pay the price.

“As long as they pay the price understanding exactly why I’m doing it, I’m satisfied. I do it for the larger good and for the benefit of the patient, but it does not always work. This is why it is called brain surgery.

Dr. Teo stated that neither the families of Bella nor Mikolaj had sued him since he had been “very forthright” with them about the hazards of surgery.

Stefanovic stated that there were “continuous” references to Dr. Two being “money-hungry” and questioned whether the surgeon “took too much money from families who couldn’t afford it.”

Dr. Teo wished he didn’t have to “grab anything” and cited his four months of pro gratis work overseas and $50 million raised for charity as evidence.

‘Money doesn’t drive me. Am I required to have money? Absolutely. The surgeon stated, “I must pay my malpractice insurance premiums.”

If I were motivated by money, I would have left years ago and started a business that generates revenue.

“Had I been motivated by ego or celebrity status, I would have accomplished my goals and stopped.”

The surgeon (pictured) stated that he was motivated to continue operating by the chance to help his patients, not by the prospect of making money.

The controversial neurosurgeon was asked whether he gives patients with just days, weeks or months to live false hope or over-promises the surgery will be successful.

‘You’ve got to be in my shoes,’ the surgeon replied.

‘You’ve got to sit in that room, deal with the patients, feel the emotion, listen to all of that honesty.

You have to feel my pain when the patient doesn’t do well and then if you’ve walked a mile in my shoes you can make a judgement.

‘Until then, it’s too simplistic and reductionist to say he does that or does that.’

When ask if he would live to work in Australia again, the surgeon said it would be hard to work in a hostile work environment that could influence his practice.

‘I’d love to work again in Australia but it’s hard to work in a hostile environment. I mean, brain surgery is bad enough as it is and then when you have knives poised at your back and media breathing down.

‘I’m sorry, but if you have media breathing down your throat looking for the failures and looking to condemn you, it’s added stress,’ he explained.

‘The stress should be the stress of the operation. So I want to operate in an environment where it’s perfect, where I can just focus on the disease, that’s the enemy.’

Renowned neurosurgeon Charlie Teo, 64, said he didn’t want to work in a ‘hostile environment’ where his colleagues and the media were breathing down his neck