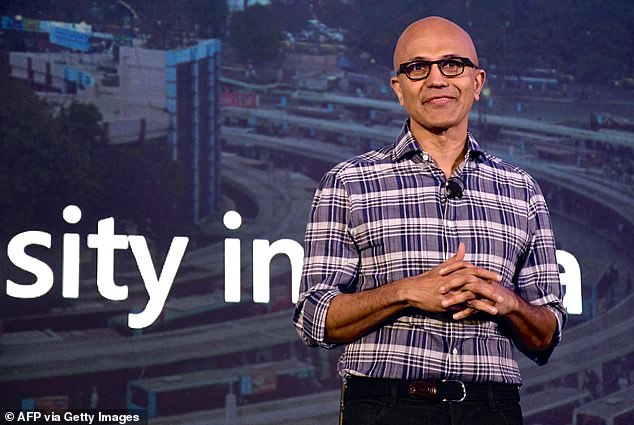 Microsoft is the most recent significant IT corporation to do so, having cut close to 1,000 jobs globally due to recessionary concerns.

Less than 0.5 percent of the company’s 221,000 workers globally would be affected by the layoffs, according to ABC News.

However, according to Business Insider, the layoffs touch every department at Microsoft, from its cutting-edge Microsoft Strategic Missions and Technology business to its Xbox console gaming division.

Now that several former workers have shared their terrible news on Twitter, even KC Lemson, a longstanding worker and product manager in the CTO’s office, has revealed that she was impacted.

The announcement comes as shares of the IT business have lost over 30% of their value over the last year due to ongoing inflation and a decline in demand as people get back to work.

Microsoft officials issued a statement in which they stated: “Like all businesses, we regularly examine our business goals and make structural modifications as necessary.

In the next year, “We will continue to invest in our company and employ in important growth areas.”

Microsoft’s decision makes it the newest business to declare staff reductions in the face of rising prices.

Microsoft officials had previously said in July that, as a result of its sales falling short of investor projections, the company would be laying off fewer than 1% of its workers and severely slowing recruiting.

During the second quarter of the year, the corporation only brought in $51.9 billion in sales while analysts had predicted $52.4 billion.

During the COVID epidemic, when consumers and companies resorted to its goods as they switched to a work-from-home paradigm, it had previously seen blockbuster growth.

In fact, according to ABC News, Microsoft’s stock price increased by 107 percent between March 2020 and December 2021.

However, a slowing economy and a return to consumer behavior from before the epidemic have impacted significant IT firms like Microsoft, which is scheduled to issue its most recent quarterly earnings report next Tuesday.

Exactly two weeks after announcing a hiring restriction for corporate positions in its retail division to save expenses, Amazon authorities announced the layoffs.

According to a New York Times investigation, the corporation has advised recruiters to halt recruitment efforts including phone calls to assess potential applicants and to close any active job advertisements for those positions.

According to a statement from corporate spokesperson Brad Glasser, there are still a sizable number of unfilled positions across the firm’s other business units.

We have a variety of companies that are all at various phases of development, and we anticipate continually changing our recruiting tactics in each of these businesses at various junctures, according to Glasser.

Amazon has been cutting down on expenditure under CEO Andy Jassy, who assumed the role a little over a year ago, in an effort to reduce expenses at a time when the firm is seeing its slowest growth in more than 20 years.

Jassy reportedly recently informed investors that the business has concentrated on cost and efficiency management in its warehousing and logistics operations.

Early on in the Covid-19 epidemic, Amazon had a high increase in demand. However, like with other businesses that prospered during the crisis, Amazon has seen declining revenues as consumer behavior has returned to normal levels.

Amazon increased its staff by 50% from 2019 to more than 1.2 million individuals during the epidemic.

Since its pandemic-driven growth left it with too much warehouse space, Amazon has halted or postponed the opening of new facilities, and it is postponing the inauguration of several new structures.

A review process was started by Facebook CEO Mark Zuckerberg, who instructed managers to identify staff members who “need help,” according to reports earlier this month. Mark Zuckerberg is also reportedly preparing to fire up to 12,000 underperforming employees.

In a recent employee Q&A, Zuckerberg said that actions will be done to cut expenses and that the business would continue its hiring freeze, which had been in effect since May.

However, a Facebook spokeswoman disputed that 12,000 workers were in danger of losing their jobs and called the Insider article that led to it “inaccurate.”

They replied by referencing Zuckerberg’s earlier remarks from Facebook earnings conference two months before, in which he stated: “Many teams are going to decrease so we can allocate resources to other areas.”

At the same time, Meta, the parent company of Facebook, said that it will close one of its New York offices as part of a strategy to curtail growth and decrease expenses by at least 10% in the next months.

The business will terminate its lease on the 200,000 square foot office building at 225 Park Avenue South in Manhattan’s Flatiron neighborhood.

According to Meta Spokesperson Jamila Reeves in an email statement, “Two Twenty-Five Park Avenue South has acted as an excellent bridging location to bring us to our new headquarters at Hudson Yards and Farley.” She also confirmed the company’s intentions to vacate the facility.

The shutdown comes as Meta has been consolidating its New York offices and ahead of its massive 1.5 million square foot Hudson Yards office ambitions.

It is the most recent in a series of moves that show the company’s aim to slow development in the city and is a part of a change in how it views office space in New York.