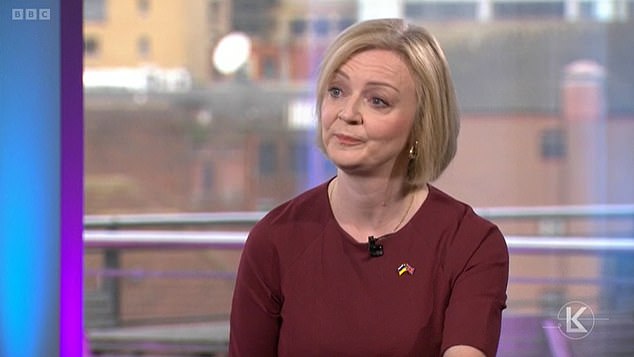 Liz Truss and Kwasi Kwarteng’s market-robbing mini-Budget came under fire from Michael Gove today, who called them “un-Conservative” for using public borrowing to pay for tax cuts for the wealthy.

As the Conservative Party Conference got underway in Birmingham, the former minister, who supported Ms Truss’s opponents Kemi Badenoch and Rishi Sunak in the contest for the party’s leadership, criticized her for her “mistakes.”

He hinted he might join Tory rebels eager to vote against the financial package that caused fear in the pound, mortgage, and pension markets in a blistering assault on the BBC’s Sunday with Laura Kuenssberg.

Jake Berry, the party’s chairman, had already warned the rebels that if they did oppose the government, they would be expelled from the parliamentary party.

Ms. Truss acknowledged this morning that the communication of Chancellor Kwasi Kwarteng’s fiscal event had issues, but she supported its substance.

She has come under fire for her promises to slash taxes for the wealthiest while simultaneously increasing government borrowing by tens of billions of pounds.

The fact that Mr. Gove has many speaking slots at the conference suggests he does not plan to be a reserved backbencher.

And following her BBC interview, he was offered a front-row seat as a pundit. He said that he was “profoundly” disturbed in a scornful judgment.

“With regard to the fiscal event, there were two issues. The first was the obvious risk involved with funding tax cuts with borrowed money; he called this unconservative.

“The second item is the decision to modify the legislation that controls how bankers are paid in the City of London while also reducing the 45p rate.”

In the end, making a headline-grabbing tax move that lowers taxes on the richest at a time when people are suffering and when there are extra billions of pounds at stake reflects the wrong principles.

When asked if he would vote in favor of it, he continued, “There are many positive things in what Liz said, and I do welcome the broader points she made about growth, but the critical thing is that Liz has acknowledged, with hindsight, with welcome hindsight, that mistakes were made in the preparation for Friday.

When prodded once again, he finally said, “I don’t think it’s right.”

It has been claimed that some Conservative MPs are ready to vote with Labour to block measures, such as eliminating the highest rate of income tax, that were revealed by the Chancellor on September 23.

When asked on Sunday’s episode of Sky’s Sophy Ridge if this would cause them to lose the party whip, Mr. Berry said, “Yes.”

In addition, he asked all Conservative MPs to support Liz Truss and her agenda, stating that she had “a mandate from colleagues and our membership.”

“I’m convinced that if we achieve that, it will eventually lead to long-term political victory,” he said.

Ms. Truss acknowledged mistakes over the Emergency Budget as she opened the Tory conference today, but she also cautioned disgruntled MPs against returning to the “status quo” in the wake of the financial crisis.

The PM is kicking off the event in Birmingham against the background of the Pound’s collapse and an increase in borrowing rates as a result of Kwasi Kwarteng’s emergency Budget that lowered taxes.

She acknowledged that the government had to have “laid the ground better” before announcing the package, which alarmed markets by lacking independent OBR costings and a debt management strategy.

However, Ms. Truss said that she had “learned” from the incidents and will continue with her “very clear strategy” to restart the economy.

We do have a very clear strategy, she assured the public on the BBC on Sunday with Laura Kuenssberg.

“I understand their concerns on what has occurred this week… I acknowledge that the foundation might have been done better.

“I’ve learnt from it, and I’ll make sure that going forward we build the groundwork better,” the speaker said.

When asked repeatedly whether the government is now considering cutting public expenditure to help balance the budget, Ms. Truss avoided the question by claiming that Chancellor Kwasi Kwarteng would provide further information next month.

The definition of a small company will be expanded from 250 to 500 workers as part of changes to boost the economy, cutting red tape for tens of thousands of businesses. To improve childcare, the government also intends to adopt a French strategy.

With Labour at 46%, 19 points ahead and enough for a landslide election victory, an Opinium survey exposed the bleak political repercussions of the financial turbulence for the Tories. Some projections have Keir Starmer’s party up to 33 points ahead.