Skip to content
Home » News » News » Liz Truss said her tax proposals will “ushered in a decade of dynamism.” 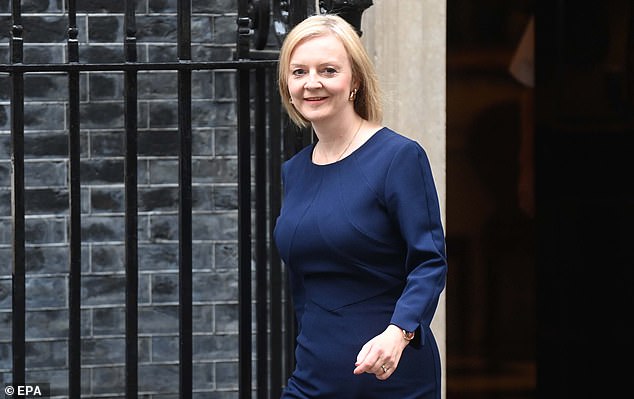 According to Liz Truss, her government would “usher in a decade of dynamism” as she defended the contentious tax cuts despite claims that they disproportionately favour the wealthy.

The Prime Minister stated: “Growth means families have more money in their wallets, more people can work in well paid professions, and more firms can invest in their future” in an opinion piece for The Mail on Sunday that was featured in The Mail +.

It offers greater funding for our public services, like the police, the NHS, and the schools.

We will pursue this objective without apology, and everything we do will be evaluated to see if it promotes economic growth or inhibits it.

We will usher in a decade of dynamism by aggressively concentrating on economic development, she said.

It comes following the announcement of £45 billion in tax cuts and a projected £400 billion in borrowing over the next five years by the new chancellor Kwasi Kwarteng, who denied “gambling” with the economy.

As the government’s extensive tax cuts came under scrutiny for disproportionately favouring the wealthy, a Treasury official said that the government is unconcerned with the “politics of envy.”

The next generation will be worse off as a result of the Prime Minister and the Chancellor’s “trickle-down” strategy, according to Labour, which it accused of using “casino economics” to gamble with people’s money.

On Friday, Mr. Kwarteng revealed the largest package of tax cuts in 50 years, including the elimination of the top rate of income tax for the richest incomes, using more than £70 billion in additional borrowing.

According to the Resolution Foundation, Mr. Kwarteng’s package would not prevent more than two million people from living in poverty.

Only the very wealthiest families in Britain would see their earnings increase as a consequence of the tax cuts, according to the think tank’s analysis of the mini-budget.

Next year (2023/2024), the richest 5% will enjoy an increase in income of 2%, while the other 95% of people will see their standard of living decline as the cost-of-living crisis persists.

Only individuals with earnings above £155,000 would benefit net from the tax plans promised by the Conservatives throughout the current Parliament, according to the Institute of Fiscal Studies (IFS), with the “great majority of income tax payers paying more tax.”

“If you’ve got less than roughly £150,000 a year coming in, if you’re part of the 99% with less than £150,000 coming in, then you’re still going to be worse off as a consequence of tax changes coming in over the next two or three years,” IFS director Paul Johnson said on Saturday on BBC Breakfast.

The tax cuts, however, were supported by Ms. Truss, who said that her administration was “encouraging corporations to spend while simultaneously assisting regular people with their taxes.”

She was questioned on the accountability of her economic strategy in an interview with CNN that was scheduled to run on Friday but was shown ahead of time by the US channel.

She said, “I don’t really accept the premise of the question at all.

“Although we have one of the highest tax burdens in the G7, the UK has one of the lowest levels of debt. Our tax rates are at an all-time high right now.”

Chris Philp, the chief secretary to the Treasury, claimed that cutting taxes for both rich and poor earnings would spur economic development.

He said on Times Radio: “We’re going to act morally. We’re going to get growth. And we won’t kind of care about the politics or the appearance of jealousy.”

At his party’s annual conference, Labour leader Sir Keir Starmer plans to capitalise on the unpopularity of the new Government policies. He tweeted: “Tory casino economics is gambling the mortgages and finances of every household in the nation.”

Angela Rayner, his deputy, said on BBC Breakfast: “Trickle-down economics is nothing new. It is unsuccessful. We don’t think it will help the economy grow. And, you know, I believe that will worsen the situation for the next generation.”

The tax-cutting plan put out by Mr. Kwarteng, according to Mr. Philp, “is not a risk; it’s a need.”

He echoed what Mr. Kwarteng said in a statement to reporters on Friday: “It’s not like gambling.

Thinking that you can keep raising taxes and achieve prosperity—which was obviously ineffective—is a gamble.

According to the Resolution Foundation and the IFS, Mr. Kwarteng is “betting the house” by setting the nation’s debt on a “unsustainable growing path,” and his initiatives will result in an additional £411 billion in borrowing over the next five years.

“Unless something exceptional occurs,” according to Mr. Johnson of the IFS, “we’re going to be on an unsustainable path in terms of borrowing and, at some time, we’re likely to have to have tax increases to balance some of these cutbacks, or some cuts in expenditure.”

Prior to the mini-budget, he issued a warning that the Bank of England will undoubtedly raise rates again.

The announcement of the plan came a day after the central bank raised interest rates to 2.25% and warned that the UK may already be in a recession.

Mr. Kwarteng reduced stamp duty for homebuyers as part of tax cuts that may cost up to £45 billion annually. He also moved forward a year-earlier reduction in the base rate of income tax to 19p in the pound in April.

The Confederation of British Industry’s director-general, Tony Danker, said that a “broad-based” strategy is needed since the measures won’t “suddenly unleash development.”

He said to the Today show on BBC Radio 4: “Nothing about talents was included. We need a comprehensive expansion strategy.

“It won’t do all the job if they (ministers) are assuming that merely rolling back the six-point increase in the corporation tax would magically unleash growth when in reality businesses still pay 19%,”

The mini-budget was met with a swift and harsh response on the financial markets, with the pound plunging to new 37-year lows and import prices rising as a result.

Mr. Kwarteng circumvented the independent financial experts’ evaluation of the package by referring to it as a “fiscal event” as opposed to a complete budget.

»Liz Truss said her tax proposals will “ushered in a decade of dynamism.”«