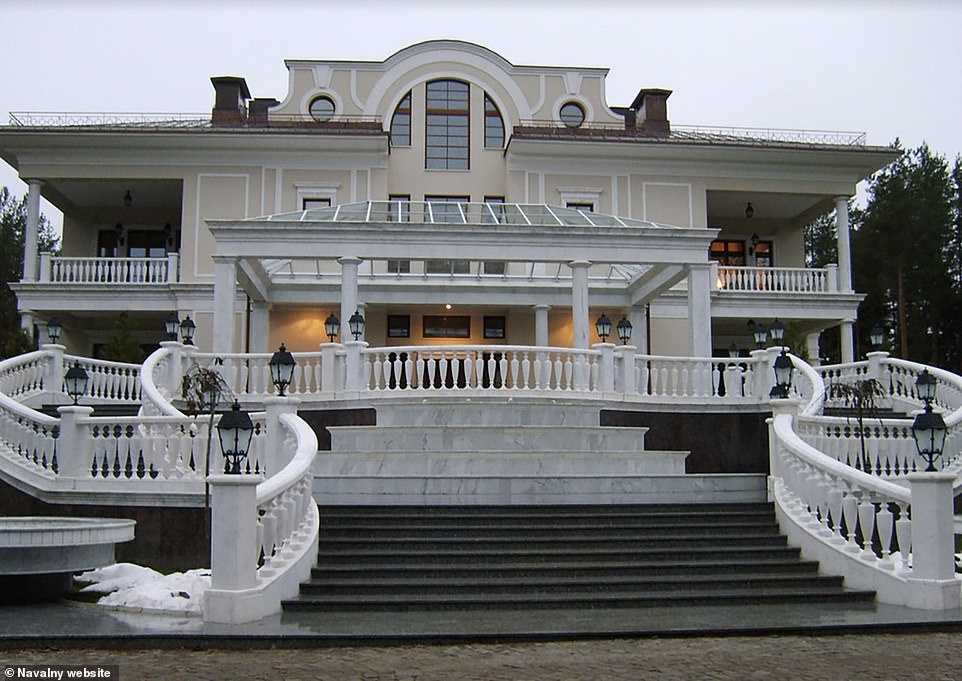 In the midst of the savage repression of anti-mobilization protesters in Moscow and St. Petersburg, Vladimir Putin has fled to his hidden lakeside “castle.”

Putin seems to have disappeared on vacation to his “most secret official dacha” in northern Russia, despite protestations from the Kremlin.

The property has a three-story spa complex with a “personal beauty parlour” dubbed the “temple to his asceticism,” and is hidden in the Valdai Hills’ woodlands, around halfway between Moscow and St. Petersburg.

His trip comes as independent monitoring organisation OVD-Info reports that more than 700 individuals were arrested by Russian police today during demonstrations against the partial mobilisation ordered this week by the president.

More than a dozen significant towns, including Moscow, St. Petersburg, Novosibirsk, Tomsk, Khabarovsk, Irkutsk, Ulan-Ude, Chita, and Ivanovo, have seen unrest as a result of the conscription of 300,000 Russians for flimsy military training before being dispatched to Ukraine.

Although Putin’s well-trained internal security forces promptly put an end to the original protests, additional demonstrations have started this afternoon in Moscow.

Protesters have been charged with holding unlawful gatherings and, in certain instances, defaming Putin’s military, which carries a maximum 15-year prison sentence.

Young men are attempting to escape Russia to avoid the conscription, and lines have formed at the country’s borders. Charles Michel, president of the European Council, yesterday urged EU nations to provide refuge to conscientious objectors who are fleeing Russia to avoid the draught.

Putin, however, seems to be isolated from the upheaval that his mobilisation declaration has caused.

A reliable source told journalist Farida Rustamova that Putin has been sleeping “body and soul” at his Novgorod Region home on Lake Valdai since last Wednesday night.

She alleged that pre-recorded films of him meeting with authorities had been made public to give the impression that he was working, while in fact he was’resting’ at his four-story estate.

Drone video of the expansive estate near a lake shows a stable, a mini-golf course, a VIP restaurant with a movie theatre, bowling lanes, a pool area, and even a small casino.

Last year, the anti-corruption team collaborating with his imprisoned adversary Alexei Navalny made public the existence of the hidden mansion.

In the 7,000 square metre relaxation area of the three-story spa complex, there is a cyro chamber for very cold treatment and a mud bath.

There is also a Thai massage platform, a 25-meter pool surrounded by hot tubs and saunas, and a float pool—a big bath filled with very salty water that keeps you buoyant on the surface when you lay in it.

Additionally, it is said to include Putin’s unique massage chair, which is lit by an exclusive infrared light.

The residence is near significant Orthodox churches that 69-year-old Putin is known to have frequented through earlier trying periods during his more than two decades in leadership.

His call for conscription earlier this week sparked nationwide demonstrations, but it also signalled the rise of drunken disobedience and physical altercations among those being inducted into the Ukrainian meatgrinder.

Videos show reluctant conscripts pounding the bottle and drinking themselves silly at recruiting offices and staging areas as military officers attempt to corral them before boarding buses and aeroplanes.

Putin is so desperate for new cannon fodder that he is even attempting to resurrect Russians who have already gone dead, such as a guy who died at the age of 40 while being kept alive by a ventilator in a hospital in Ulan-Ude, Siberia, in December 2020, during the height of the COVID-19 epidemic.

When it comes to leaving Putin’s totalitarian nightmare, flights out of Russia are sold out, and the lines at border crossings into neighbouring Armenia, Georgia, and Kazakhstan may last up to 30 hours.

While it is forbidden to walk to the border crossing, scooters are still legal, and local business owners are selling them to Russians trying to escape Putin’s call-up.