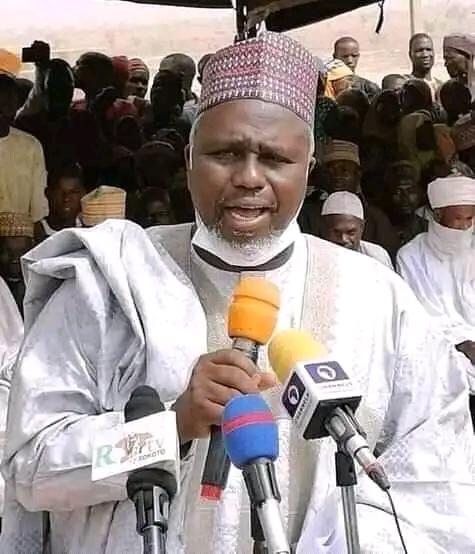 A lawmaker, Hon. Balarabe Salame, has declared to contest in Sokoto governorship election on the platform of All Progressive Congress (APC). Hon. Salame, (APC Sokoto) who is representing Gwadabawa/Illela federal constituency had shown interest in the position since from the party’s Congress which produced parallel executives in the state.

He declared his intentions while addressing a mammoth crowd of supporters, Salame said he made wide consultations and jointly ensure thorough ideas on ways to salvage Sokoto state especially in the area of shaping youths behaviors.

According to him, his stewardship of successful would surely turnaround the state to better in all sectors.
” Sokoto as a seat of Caliphate was known as versatile land of knowledge, good morals, decency in all aspects, regrettably these are being fading off due to attitudes of some politicians.

” We need to salvage the future of our children through promoting good morals, providing qualitative education, health, welfare and others.

” This noble intention cannot be achieved individually, however, collective efforts of academics, politicians, religious scholars, organisations and the general public ” Hon. Salame said
” Whoever is interested in governance and is going for election position needed to pass the capacity and integrity test. “If you do not have capacity, you cannot work in people’s interest and if you do not have integrity, genuine governance will be hard to achieve.

The citations of Salame’s achievements, from Councillorship, State Assembly member, capacity as acting governor in Sokoto state as well as the present position as National Assembly member.