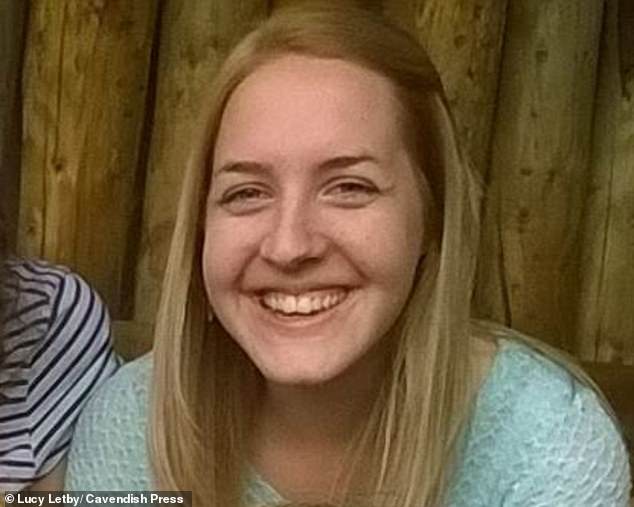 The grandmother of a twin who was allegedly killed by children’s nurse Lucy Letby described how the newborn boy died as his mother implored medical personnel to “please don’t let my baby die.”

Baby A, who cannot be identified for legal reasons, was rushed to the hospital when his health abruptly worsened one night in June 2015.

Doctors tried to rescue him, but they were unable. The next night, his twin sister also collapsed mysteriously, the jury was informed.

This time, the little baby survived, but its “frantic” mother continued to spend every day at the surviving twin’s bedside and kept phoning throughout the night until she was permitted to go home.

The grandmother of the infant boy said before Manchester Crown Court that the moment she walked into his room, “I knew he was gone.”

At the time that each twin became ill,’malevolent’ Letby, who is accused of killing seven newborns at Countess of Chester Hospital and trying to kill 10 more, was on duty, Manchester Crown Court heard.

The 32-year-old is said to have put too much air into the infants’ bloodstreams in both incidents.

The prosecution said that there is “no logical alternative” that may account for the twins’ decline in such comparable conditions barely 24 hours apart.

The mother and father of the twins were watching TV in a side room of a neonatal ward after an emergency caesarean section when nursing personnel called them to “come soon,” according to the first testimony from the parents of Letby’s accused victims.

Due to legal restrictions, Baby A’s mother, who is also unable to be identified like her baby, described how it seemed as if “hundreds of people were standing over his cot and attempting to revive him.”

The grandmother said that she urged her daughter, “You need to let him go,” when they learned that he might have brain damage and further issues if he lived.

After a while, she gave up and “just shook her head” to the physicians to cease doing chest compressions, the witness said.

According to testimony given to the jury, Letby was the sole nurse to saw Baby A fall just after she started a glucose infusion.

After Baby A passed away, his mother described herself as being “frantic, frightened, and really unhappy,” adding that she did not want Baby B, the surviving twin, “to be out of my sight.” She and her companion were eventually convinced to take a nap, but, according to her, “the next thing I knew we were been roused up by a nurse.”

Her words were, “My heart fell.” “Not my child. Not again,” the nursing staff reportedly advised the family after Baby B had a “very similar condition” to her brother, which included a sharp decline in heart rate and oxygen saturation levels, according to testimony given in court.

It was said that Letby and another nurse had only moments before assisted in setting up a bag of intravenous feed; nevertheless, it is claimed that Letby then’sabotaged’ the patient’s treatment. The mother spent the whole night with her infant, who was “restless… she seemed to be trying to tell me something was wrong.

Even though the mother had been released, she insisted that she would still show up to her daughter’s bedside at 9 a.m. and stay there until the nighttime shift change so she would know who was working nights. Then, to be able to call for information throughout the night, she and her boyfriend set alarms on their phones for every two hours. She said, “I was and still am very protective of her.”

The court was informed that Baby B does not seem to have had any negative effects.

Following a diagnosis of preeclampsia, the mother of the twins, who had a rare blood disease, needed an emergency caesarean delivery. On June 7, 2015, Baby B was delivered first, weighing 3lb 11oz and requiring help with breathing. Her sibling arrived a minute later, weighing 3lb 12oz.

After Baby A died, their mother said that she and her boyfriend “searched for a reason why,” but “never really received” any explanations.

The prosecution’s Nick Johnson KC told jurors last week that Letby was a “continuous malicious presence when things took a turn for the worst” and that the falls and fatalities “were not naturally occurring catastrophes.”

He displayed a jumbled post-it note in which Letby had scrawled, “I am wicked, I did this.”

The text, however, was not a confession, but rather a “anguished outpouring of a young lady in terror and despair,” according to Letby’s defense attorney, Ben Myers KC.

She was a “committed” nurse who “cared passionately about the newborns and their families,” he told the jury last week. Letby, a Hereford native, contests all of the offenses allegedly committed between June 2015 and June 2016. The trial goes on.