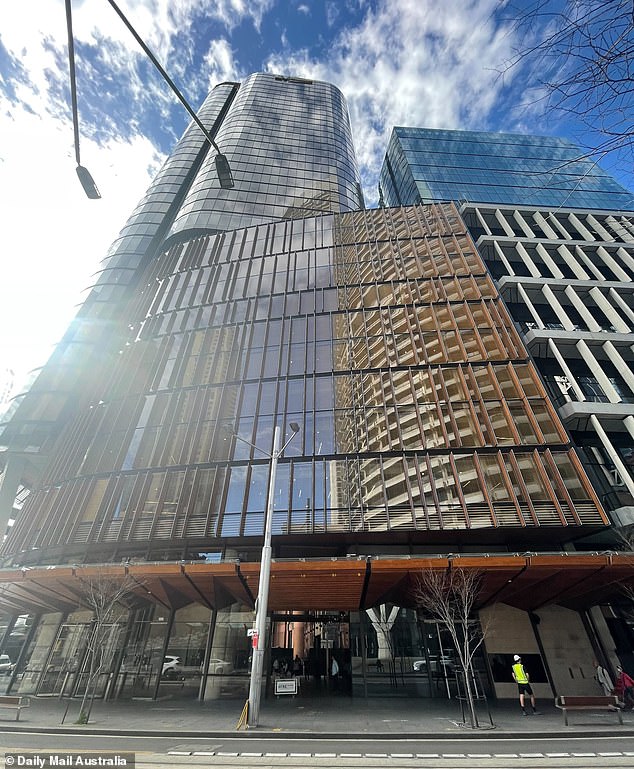 Ernst & Young, one of the Big Four accounting firms, will host a memorial ceremony for a senior auditor who passed away at the workplace about two months ago at its Sydney headquarters.

Around 12.20 a.m. on Saturday, August 27, Aishwarya Venkatachalam, 27, was returning to work after a party when she lost her footing and fell from a terrace on the top of the building’s tenth level.

Ms. Venkatachalam, an Indian native who had just recently arrived to Australia to accept the post, had complained to friends about having to deal with bigotry and bullying.

Her passing shocked the business community in Australia and provoked protests about the industry’s demands for long hours and claims of a poisonous work environment.

Ernst & Young, doing business as EY, this month ordered a thorough corporate inquiry into workplace culture after Daily Mail Australia reported Ms. Venkatachalam had previously complained that her coworkers were “mean and prejudiced.”

A spokesperson for EY has now confirmed to The Australian’s Margin Call column that an internal memorial gathering with friends and coworkers will take place on site this week.

EY has been approached by Daily Mail Australia for more comment.

Before getting married, starting a family, and moving to Australia in November 2021 to work as a senior auditor in real estate assurance, Ms. Venkatachalam earned a degree in accounting in India.

She married Nakul in January 2021; he was on a trip from Singapore to Sydney when she passed away and found out about the tragedy when he got off the aircraft.

She was intelligent, attractive, and clever, according to Ms. Venkatachalam’s uncle.

She was a really nice woman who had a great upbringing.

I have no idea how this could have happened.

Three witnesses came forward in the days after Ms. Venkatachalam’s death to say they had seen her sobbing in a parking lot only hours before she passed away after leaving a neighboring nightclub for staff drinks.

The senior auditor was reportedly having a panic attack and yelling, “All white people are racist,” according to the Good Samaritans.

She explained to the three ladies that she had been expelled from the work event and had left her home key at the EY office, but that the staff would not allow her to go upstairs to retrieve it.

The ladies said that a second lady, together with two guys, volunteered to deliver Ms. Venkatachalam to the EY building so she could pick up her key, where she subsequently passed away.

Neeti Bisht, a close friend, recalled Ms. Venkatachalam as saying she was prospering in Australia despite coping with prejudice and abuse at work.

“I believe things had just begun to boil at that point… She earlier admitted to Daily Mail Australia that both her coworkers and the racial aspect were at work.

The corporation “has a zero tolerance policy to bullying, harassment, and racism,” according to a spokesman of Ernst & Young, and “we treat any claims that pertain to these concerns extremely seriously.”

It would be improper to speak more until the review, which we started last week in response to this tragedy, is finished, she added.

“We continue to provide counseling and assistance to all of our employees.”

There is no indication that Ms. Venkatachalam’s death was caused in any manner by EY, her coworkers, or her bosses.

The terrace deck on the top of the 10th story has been off-limits to personnel since the tragedy, and NSW Police and SafeWork NSW are currently looking into the fatality.

Employees of EY informed Daily Mail Australia that while the business provided counseling services to staff after the event, they were enraged by the company’s first reaction, which didn’t even mention Ms Venkatchalam in a speech to the 9,000 employees of the company in Sydney.

After Daily Mail Australia exposed how irate employees were contacting the CEO on LinkedIn and advising him to “Say her name,” company executives ultimately gave in.

Elizabeth Broderick, a former sex discrimination commissioner, has been chosen to head the probe at the sizable accounting company.

In the aftermath of the tragedy, the firm has now now started two further internal assessments to address mental health and safety support throughout the organization.

A diverse, inclusive, and safe workplace is something that EY is dedicated to providing for all of its employees, according to Mr. Larocca.

“The results of these evaluations will aid us in doing that,”

»Late auditor’s memorial to be conducted by Ernst & Young Sydney«