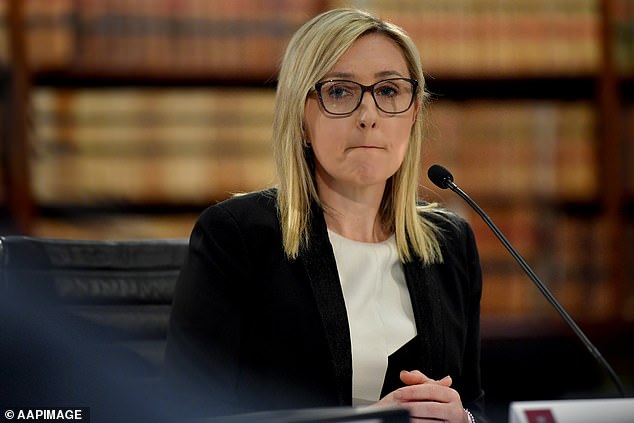 In a LinkedIn post, the senior NSW official who gave former deputy premier John Barilaro a lucrative $500,000 trade position said that she is “exploring other options.”

Amy Brown, however, omitted to note that she had been fired.

Ms. Brown chose the former NSW deputy premier over a number of other qualified applicants for a position as a trade ambassador in New York, which brought her into the controversy surrounding Mr. Barilaro’s appointment.

Ms. Brown said on the website for professional services that she is now “exploring new options.”

After carefully examining Ms. Brown’s behavior, Department of Premier and Cabinet Secretary Michael Coutts-Trotter said that he had determined she would no longer serve as the director of the Department of Enterprise, Investment, and Trade.

In a statement on Monday, he added, “It’s an honor to occupy a job as a senior leader in the NSW public sector.”

“This, of course, brings a high level of responsibility.”

Ms. Brown expressed pride in her tenure in government rather than mentioning that she had been sacked in a social media message on Sunday.

My employment with the NSW Government has come to an end after almost 10 years, she stated.

I’m looking at new possibilities in the private sector and want to reveal them shortly.

An independent investigation of Mr. Barilaro’s hiring for a $500,000-per-year, taxpayer-funded position in US commerce concluded that Ms. Brown had been subtly influenced by Stuart Ayres’ desire for the position.

A draft extract from the study that highlighted concerns about whether Mr. Ayres had violated the ministerial code of conduct by participating in the nomination process led to his resignation as minister last month.

According to the study, the government was not kept out of Mr. Barilaro’s selection.

The selection process was “flawed from the start,” according to Premier Dominic Perrottet, who also requested an independent legal assessment to determine if Mr. Ayres had broken the ministerial code.

Although Mr. Ayres did not violate the code, according to the study conducted by former ICAC investigator Bruce McClintock SC and published last week, he is still on the backbench.

In August, Ms. Brown announced her resignation as the director of Investment NSW, stating that she wished to concentrate on her duties as departmental secretary.

Just a few weeks after his position was announced, Mr. Barilaro quit his trade post in June, claiming it was unworkable and had become a distraction.

The nomination caused months of instability for the Perrottet administration as the merits of the selection process were investigated.

How detrimental the scandal had been to the NSW government was shown by a Resolve Political Monitor poll conducted last month.

According to the study, 49% of Coalition supporters believed Mr. Barilaro’s post was “unfairly allocated.”

Beginning on Tuesday, Elizabeth Mildwater will fill in for Ms. Brown.

She served as the deputy secretary of transport for NSW and is now the chief executive of the Greater Cities Commission.