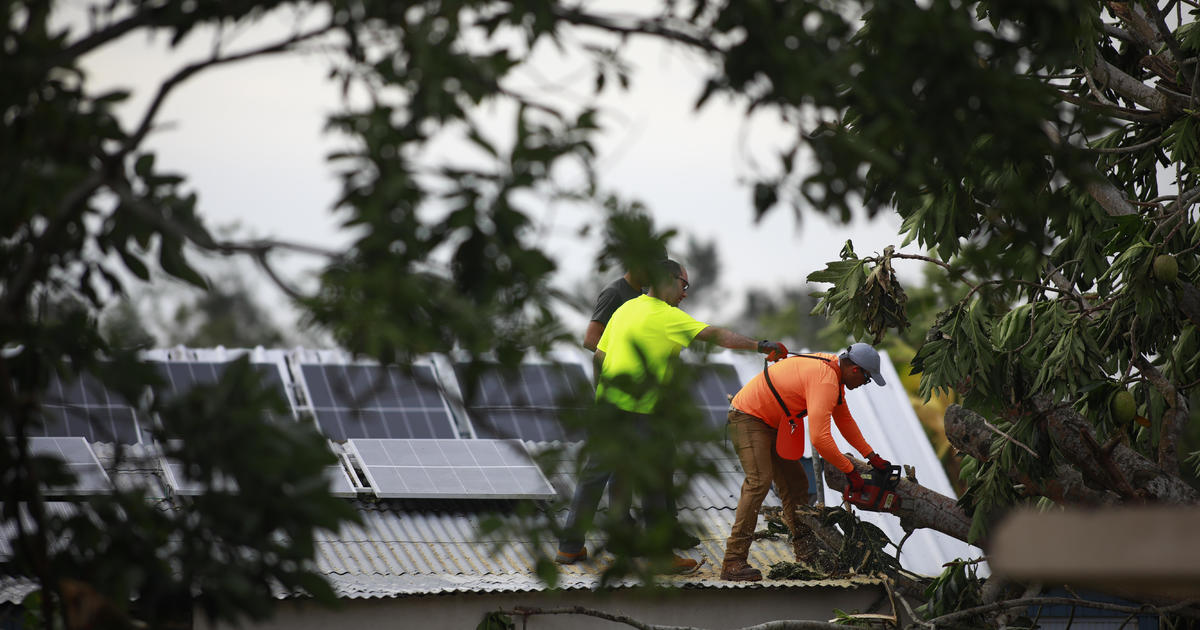 Hurricane Fiona intensified early on Wednesday into a powerful Category 4 hurricane and started heading toward Bermuda after wreaking havoc on the Turks and Caicos Islands on Tuesday.

During the storm’s passage across the Caribbean, the hurricane is directly responsible for at least four fatalities. Millions of people in Puerto Rico were left without power or water as a consequence of the storm’s heavy rain, and hundreds of thousands had to scrape muck out of their houses as a result of what officials dubbed “historic” flooding.

According to Puerto Rican officials, as of Tuesday night, more than 1 million homes and businesses were still without power and more than 700,000 were without access to running water.

The power company’s representatives first predicted that it would take a few days to fully restore electricity, but by late Tuesday night, they seemed to be changing their minds.

“Hurricane Fiona severely destroyed the electrical system and producing facilities on the island. We want to make clear that attempts to restore power continue and are hampered by severe flooding, impassable roads, dead trees, outdated equipment, and fallen wires “Luma, who represents the company in charge of managing energy transmission and distribution.

As the island’s residents battled to recover from Storm Maria, which hit as a Category 4 hurricane five years before and left an estimated 2,975 people dead in its aftermath, frustration increased among the populace. At this moment, generator hum could be heard all throughout the island.

Luis Noguera, who was helping with landslide cleaning in the central mountain community of Cayey, said that Maria left him without power for a whole year.

He said, “We paid an electrician out of our own cash to connect us,” and he is of the opinion that, in the wake of Fiona, the government won’t be very helpful.

Long lines were reported at several petrol stations in Puerto Rico, and some of them had to detour off a main route to acquire water from a stream.

“We thought we had a terrible experience with Maria, but this was worse,” said Gerardo Rodriguez of Salinas, California.

In some regions of the island, Tuesday’s rainfall totalled more than 25 inches (64 centimetres).

Two-thirds of the island’s population, or more than 760,000 customers, had their water supply cut off, according to authorities, who also reported restoring power to around 300,000 of the island’s 1.47 million clients.

The head of the Federal Emergency Management Agency paid a visit to Puerto Rico on Tuesday, the same day the agency said it would send hundreds more personnel to assist with local response efforts.

A public health emergency was also proclaimed on the island by the US Department of Health and Human Services.

Authorities in the Turks and Caicos Islands reported little damage and no casualties despite the storm’s eye passing quite close to Grand Turk, the small British territory’s major island, on Tuesday morning.

The government has imposed a curfew and ordered citizens to flee flood-prone areas.

Turks and Caicos’ last 24 hours have been “phenomenal,” according to Deputy Governor Anya Williams. It obviously faces some challenges.

Late Tuesday night, Fiona was about 95 miles (155 km) north of North Caicos Island and had hurricane-force winds out to 30 miles (45 km) from its centre. Its maximum sustained winds were 125 mph (205 kph), and it was moving north at 8 mph, according to the Hurricane Center (13 kph).

The storm centre also forecasts that it will likely strengthen into a Category 4 hurricane once it made landfall on Bermuda on Friday.

A man in Guadeloupe, a man in Puerto Rico who was swept away by an overflowing river, a man in Guadeloupe who was hit by a falling tree, and two people in the Dominican Republic who were killed by falling power poles all perished as a result of the storm.