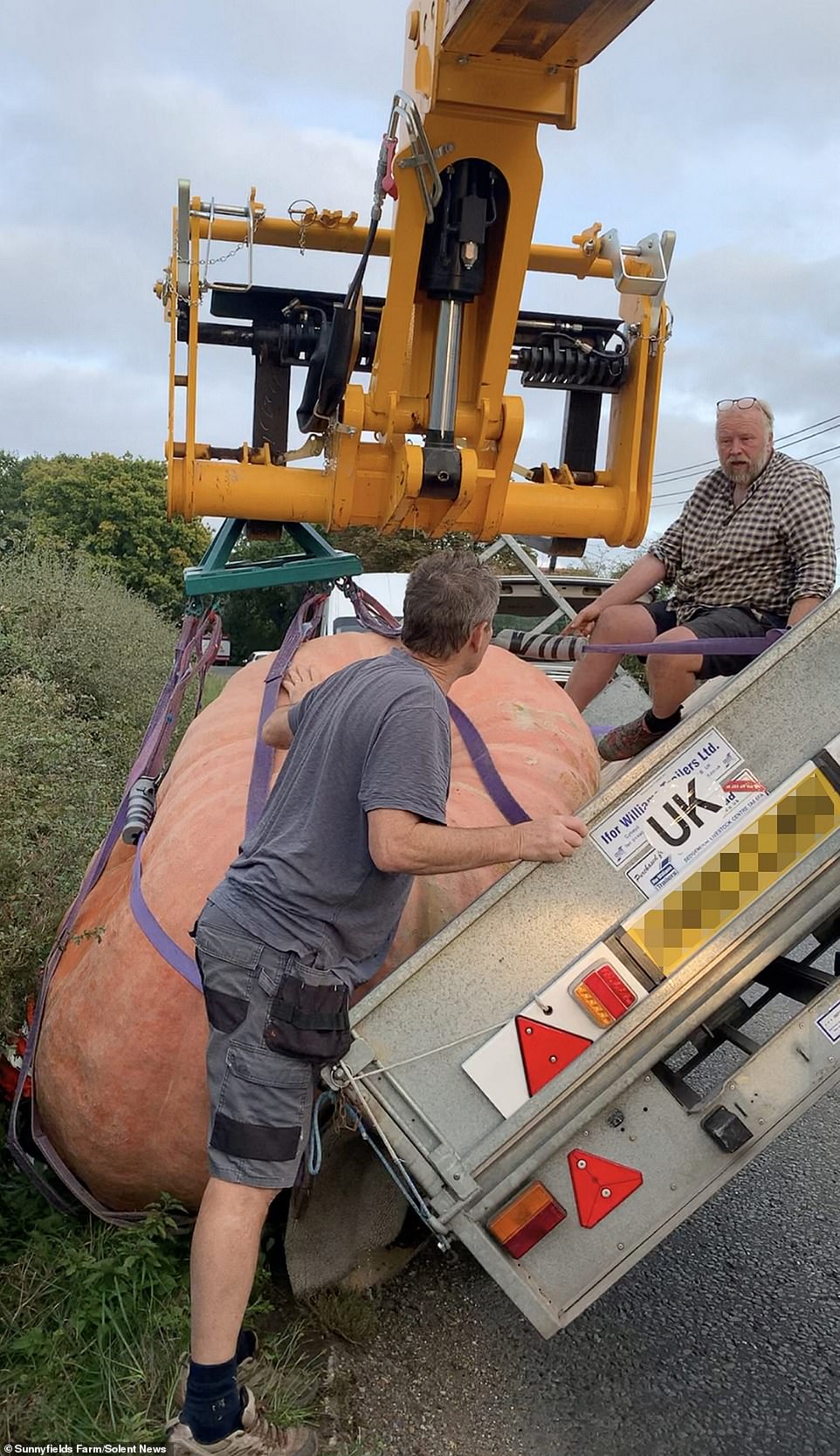 When the largest pumpkin in Britain fell from its wagon and into a busy road, it created a traffic jam.

When the trailer carrying the enormous gourd toppled, blocking traffic, it weights as much as a Fiat 500.

The squash, which was cultivated by Ian and Stuart Paton in Lymington, Hampshire, and weighed 2,656 pounds (1,205 kilograms), was returning after being officially recognized as the biggest ever in the UK after being weighed in Berkshire.

Ian and Stuart, twins who are 61, came within 47lbs of breaking the pumpkin weight record.

The gourd, which was being transported to Sunnyfields Farm in Southampton, Hampshire, for a pumpkin festival, was only slightly “bruised” when it was freed.

The 1,205 kilogram squash was being carried to a farm when it fell off the trailer and hit a wayside hedge, according to photos taken at the site.

The pumpkin had to be removed off the road using a telehandler equipment with straps fastened around its base while backups built up.

Ian Paton, a relieved farmer, said that despite the event, there was no “severe damage” to the crop.

The pumpkin was so heavy that the trailer overturned when we were relocating it to a new parking lot, according to Ian.

I’m sure that a ton of pictures were shot. You don’t see a pumpkin like that very frequently. Now that it’s going viral, I have no doubt that it will be for the best.

Fortunately, there were no significant injuries, and the pumpkin was unharmed. There are some bruises, but nothing serious.

It is now going to be put on display at Sunnyfields Farm, where anybody may stop by and take photographs with it.

The twins’ pumpkin shattered their own previous UK record, coming in at 63lbs more than the 2,593lbs pumpkin they raised in 2020.

In their vegetable field, they have another enormous pumpkin that they are hoping will shatter the record that has evaded them so far.

Next weekend, the twins’ second “monster” will be weighed at Sunnyfields Farm; they’re hopeful it can be carried there safely and without incident.