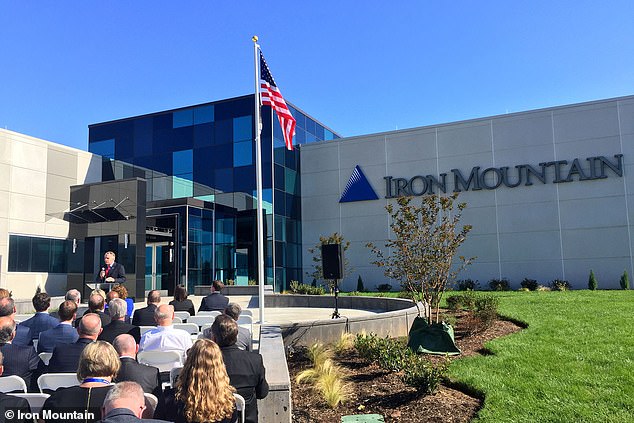 A Boston-based internet company’s CEO recently told investors that he had been “pray[ing] for inflation” because it is “good for business.”

According to an audio transcription of his remarks, Meaney said on an investors call on September 20th that he had been “performing my inflation dance asking for inflation.”

Meaney effectively acknowledged that increasing prices increased the company’s profit margin while more than covering the rise in expenses.

According to him, “Raising pricing definitely covers our additional expenses, but… a lot of that goes down to the bottom line.”

According to recordings on The Intercept, “where we’ve seen inflation going at quite fast rates… we’re able to price ahead of inflation.”

He subsequently said, “I wish I hadn’t done such a terrific dance, but that’s more of a personal thing than a business concept.”

Barry Hytinen, the chief financial officer of Iron Mountain, agreed, stating that inflation was a “net positive” for the business.

Hytinen said, “We have a high gross margin industry, so it naturally widens the margins of the firm,” adding that they “feel for those who are having a hard time affording items.”

Meaney’s remarks, according to Joe Karasin, were out of touch with the consumers and small companies that rely on their services, he told the New York Post.

“From a communications perspective, this is utterly tone-deaf.” A quick scan of public messages on social media reveals that the rising inflation is hurting both individuals and small companies.

While rising inflation enabled firms to raise prices, Karasin also observed that “it also has a rippling effect” since “goods and services that businesses utilize would see prices rise.”

As a result, Karasin said, “the consumer feels the pain the greatest, but it is a little off base to be “wishing” for inflation.”

Meaney discussed how many other businesses were increasing prices to combat inflation during his investor call.

People are becoming aware of what FedEx, UPS, and other companies are doing to run their operations and pass along the inflation, he said.

FedEx has announced that starting in the new year, their delivery rates would rise by an average of 6.9%.

The price increases follow a decline in FedEx shares after news of the company’s dismal quarterly earnings, which were attributed to high labor and fuel expenses as well as a decrease in customer demand for deliveries.

UPS, a rival, also increased delivery costs by an average of 5.9% in November.

The Consumer Price Index increased by an unexpected 8.3% in August, according to figures issued by the Labor Department, despite lowering gas costs.

The cost of basic necessities including food, healthcare, housing, and appliances has increased for Americans.