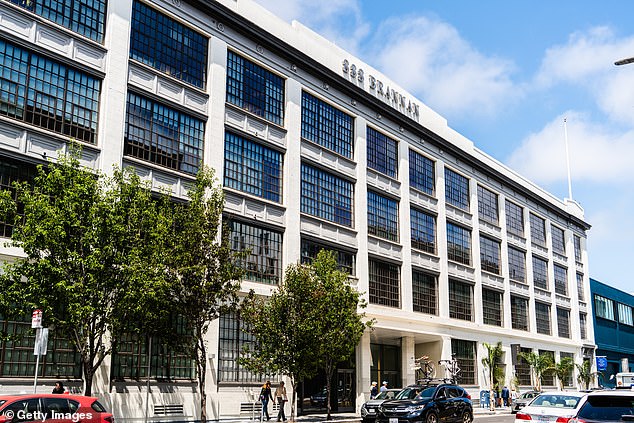 Airbnb staff can now work remotely from almost anywhere in the world without taking a pay cut – despite its CEO admitting some work is ‘best done in the same room’.

Brian Chesky announced the radical new policy on Twitter, saying it was because ‘the world has become more flexible.’

Now, Airbnb employees will be able to work from anywhere, although they can only stay abroad for up to 90 days and will need to maintain a home base in the country where they were hired for tax reasons.

Starting in June, Chesky wrote in an email to staffers, Airbnb will have ‘single pay tiers by country for both salary and equity,’ and anyone who was paid in a lower location-based tier will see an increase.

Staffers will be brought together at least four times annually for in-person gatherings, Chesky said.

The company will now operate on a ‘multi-year roadmap’ with two major product released scheduled each year, the CEO said.

It is unclear how much it will cost the company to universally raise the salaries of all employees receiving lower incomes based on their locations, or whether Airbnb will finance travel to their quarterly in-person sessions.

The new model will apply to both staff in the US – where Airbnb has its HQ in San Francisco, along with locations in New York City, Seattle, Washington and Portland – and to workers in the UK, according to The Guardian.

Employees at Airbnb’s 20-plus offices – located in Ireland, India, China, Germany, Australia, Brazil, Luxemburg, Japan, Mexico, Korea and Singapore – will be also be able to cash in on the new location-blind model, the company told Dailymail.com

The average Airbnb salary ranges from approximately $56,202 per year for a Customer Experience Specialist to $276,703 per year for a Software Engineering Manager, according to Glassdoor.

Our business wouldn’t have recovered as quickly from the pandemic if it hadn’t been for millions of people working from Airbnbs,’ Chesky wrote.

‘Companies will be at a significant disadvantage if they limit their talent pool to a commuting radius around their offices. The best people live everywhere.’

Chesky told staffers in an internal email the company aimed to ‘hire and retain the best people in the world (like you).’

‘By recruiting from a diverse set of communities, we will become a more diverse company.’

‘You can work from home or the office – whatever works best for you… You can move anywhere in the country, like from San Francisco to Nashville, and your compensation won’t change.’

Airbnb is already known for its travel perks afforded to staffers – according to Insider, the company’s employees get a $2,000 travel credit each year to stay in Airbnb listings. A spokesperson for Airbnb told DailyMail.com that this policy would not change.

But Chesky admitted there would be ‘tension’ after its 6,000-plus workforce were set loose geographically, writing the ‘most meaningful connections happen in person’.

‘Zoom is great for maintaining relationships, but it’s not the best way to deepen them,’ the CEO admitted. ‘And some creative work is best done in the same room.’

‘The right solution should combine the efficiency of Zoom with the meaningful connection that happens when people come together.’

‘Our design attempts to combine the best of both worlds.’

‘We’ll meet up regularly for team gatherings.  Most employees will connect in person every quarter for about a week at a time (some more frequently)… To pull this off, we’ll operate off a multi-year roadmap with two major product releases a year, which will keep us working in a highly-coordinated way.’

‘Now, I understand the anxiety of not seeing people in an office,’ Chesky said in his email to employees.

The firm also laid off about a quarter of its staff in May of 2020 after it anticipated revenues would be half of 2019’s $4.8 billion.

The company managed to rake in $3.4 billion that year despite plummeting international travel, which they said was 77 percent more than in 2020.

Last month, Google told its employees that they would be required to work from the company’s offices in person at least three days a week – a policy that went into effect this past week.

Apple similarly announced that by April 11, employees will have to work from the office at least one day a week.

In an apparent jab at Twitter’s work from home policy, the company’s now-owner Elon Musk asked users whether Twitter HQ should be utilized as a homeless shelter earlier this month. The company’s offices reopened to in-person work on March 15.