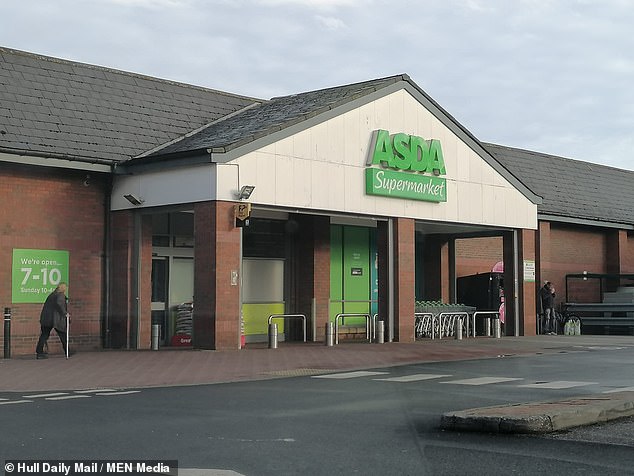 A 90-year-old ex-boxer pursued a burglar who had broken into his home after he left and found him at an ASDA nearby before punching him in the face and stealing his wallet.

The Hull senior, who requests anonymity, was at home on September 3 when 49-year-old Nicholas Norton knocked on his door and pretended to have hurt his leg.

Norton grabbed his money and fled the home as the old guy went to find a towel to wipe the stranger’s “wound.”

The retired man, a former middleweight boxing champion in the Navy reserves, sprinted out the home and followed Norton in his vehicle to an ASDA on Beverley Road that was close by.

As he entered the store, the courageous retiree seized hold of the shoplifter and struck him in the face before returning his wallet.

At Hull Crown Court, Norton was sentenced to three and a half years in jail after confessing to burglary and fraud by using one of the pensioner’s bank cards. Norton had been convicted of 80 prior offenses, including 44 counts of stealing.

The 90-year-old man described the incident thusly: “When he took my wallet, I simply wanted to get it back. I am aware that elderly are routinely robbed, and it is wrong.

Even though I have issues with my hands, legs, and blood pressure, I pursued him to get my wallet back.

Norton had previously used the pensioner’s card to purchase a 44p bar of chocolate. After the event, when he was taken into custody, he informed the police, “I’m going back to jail.” For me, that’s five years. During the police questioning, he gave complete confessions.

After he left with my wallet, I got in my vehicle and drove to seek for him, the elderly said. I took a drive across the neighborhood before pulling into the ASDA parking lot to do a U-turn, and that’s when I saw him entering the store.

“I followed him in and told the security guy that my wallet had just been taken and that I was here to get it back.”

I grabbed him by the scruff of the neck and gave him a chin slap after discovering him at the cash register with a bottle of whiskey.

When I asked him where my wallet was and he responded that he didn’t have it, I retaliated by asking him if he wanted to be struck again. He promptly took it out of his pockets and handed it to me.

I said, “Where are they?” after seeing that my cards weren’t there. I hit him again after he claimed to have buried them outdoors. He then revealed his pockets and handed me back my cards.

I know how to punch since I used to be the middleweight boxing champion in the Navy reserve. Because I fell out of a vehicle a while back and need to perform the exercises to be strong, I maintain myself in shape for a 90-year-old.

My daughter referred to me as a “silly bugger” and claimed I was becoming too old for such things.

“I don’t know why I did that; it was simply instinctual – that’s the idea,” the speaker said. Hopefully this will make him pause before robbing another elderly.

On Tuesday, Rachel Scott, the prosecutor, said in court that Norton had entered the back yard of the elderly couple while limping and claimed to have fallen off his bicycle.

He requested a moist towel since his leg was bleeding, she stated.

The complainant turned around as he was standing at a sink to see the defendant in his living room after going to get him a towel. The defendant fled the scene after stealing his wallet.

The complainant jumped in his vehicle and started searching for the defendant. When he saw the defendant entering Asda, he followed him in. He discovered the defendant with a bottle of booze and his bank card in his possession.

He grabbed him, causing the defendant to drop and break the bottle. The complainant struck him in the chin because he was worried about what he might do with the bottle.

“Then, while the defendant emptying his pockets and handing over the bank cards, he gripped the defendant by the scruff of his neck.”

Nicholas Norton, the burglar, was previously convicted of 80 offenses, 44 of which included larceny. He received a three and a half year jail term.