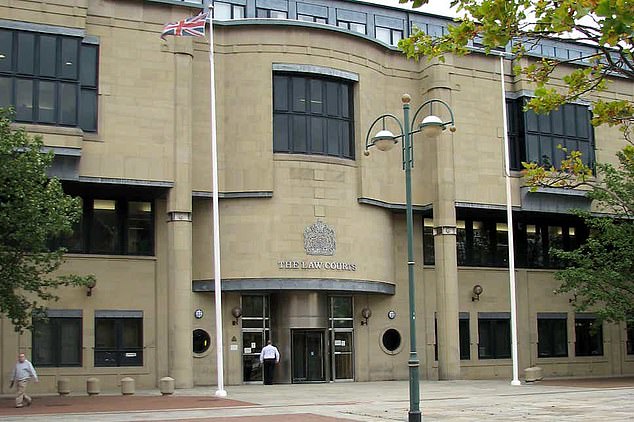 A hypnotist who sexually raped a woman while having her “under his hypnotic spell” has been sentenced to 29 months in prison.

According to testimony given in court, Ian Roper, 58, ‘commanded’ the woman to strip off while deceiving her into believing she was applying sunscreen to her body and resting on a heated sunbed. The lady was then forced to have sex against her will by him.

Roper tried to “put her under again” when the mesmerized lady eventually awoke so she wouldn’t be aware of what had transpired.’

Roper first insisted that the charges against him were untrue, but he ultimately admitted guilt during a trial at Bradford Crown Court.

The judge informed Roper that his interests had been driven by “selfish and sexual” urges when he handed down his punishment on Friday.

The victim, whose name is protected by a court order to maintain her privacy, allegedly suffered an attack during her second hypnosis session with licensed therapist Roper of Calderdale, West Yorks.

In the encounter, the defendant was said to have first “put her under” by stroking her shoulder before escorting her to a “secure area.”

He said that at that point, the complainant moved in closer to her.

He said that his voice was the only thing that counted and that she had to heed his orders, Mr. McGonigal testified to the court.

“He informed her she was growing hotter while resting on a sun bed and needed to apply fictitious sunscreen on herself.”

The lady allegedly continued to massage herself with the fictitious lotion until she woke up as Roper removed her bra and instructed her to take off her clothes.

She was able to turn and shove the defendant away, he said.

Roper allegedly attempted to “put her under again” as she rose up to get dressed, Mr. McGonigal said, claiming she would not recall what had occurred.

“She wanted to get out as quickly as possible,” Mr. McGonigal said.

When the lady reported the incident to the authorities, Roper admitted to the investigators that he had never engaged in sexual activity while hypnotized.

On Roper’s laptop, however, detectives discovered five objectionable and one illegal photograph of a kid during a subsequent police inquiry.

At his trial, Roper entered a guilty plea to possessing the obscene photos and inciting another individual to engage in sexual behavior without their permission.

Although Roper’s attorney, Ian Brook, acknowledged that his client was a licensed hypnotherapist, he claimed that his efforts to establish a business had been unsuccessful.

He continued, saying, “He has absolutely no intention of continuing hypnosis with females or guys.”

He was sentenced to 25 months in prison for the sexual offense and an extra four months for the obscene photos on Friday by Recorder David Gordon.

The court also imposed a restraining order on Roper and ordered him to register as a sex offender for the subsequent ten years.

In addition, Recorder Gordon issued Roper a 10-year restraining order against sexual assault, which forbids him from practicing hypnosis.

He addressed Roper, telling him that his behavior was clearly a violation of trust and that he had repeatedly assaulted a plaintiff who was weak.

You were claiming to provide a therapeutic therapy, but it is obvious that you never planned anything of the like, and your motives were sexual and purely selfish, he claimed.

It is evident from her victim impact statement that although she hasn’t sustained any significant bodily trauma, she has.