Skip to content
Home » News » Breaking News » What a waste: Proud garbage wearer dons his trash for a month 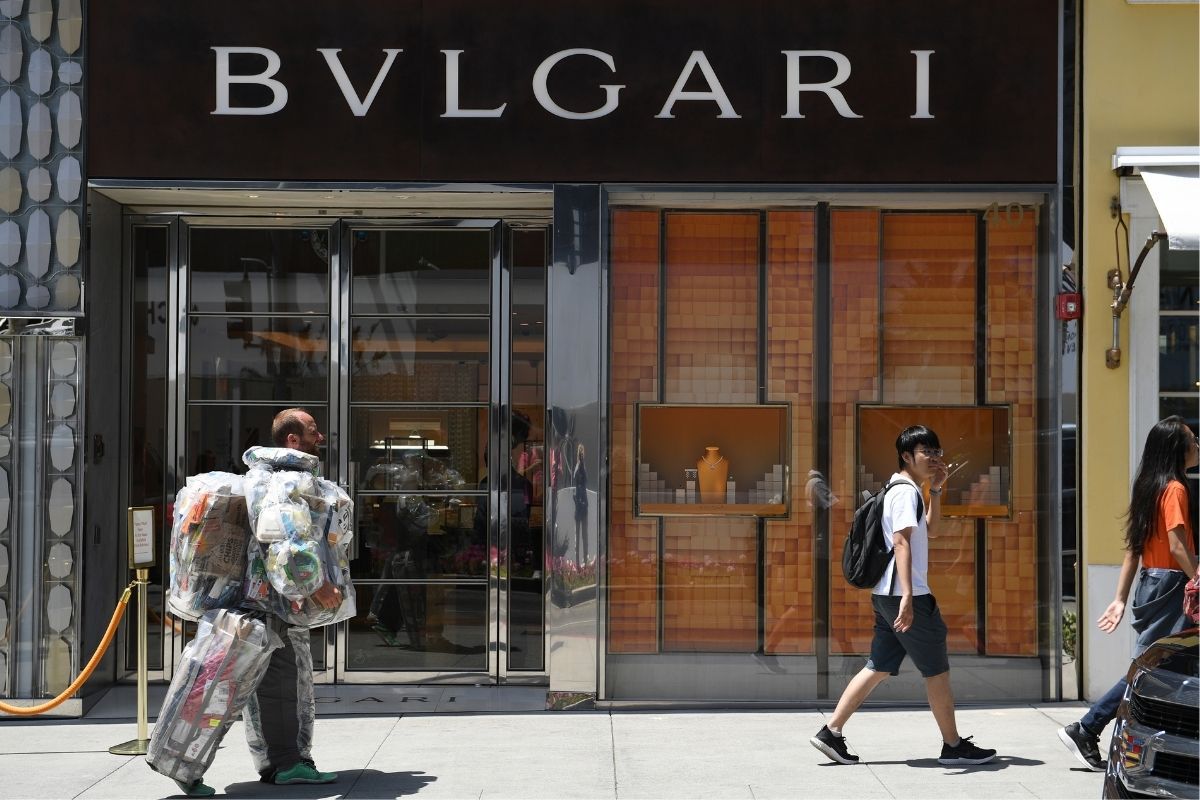 The campaigner is wandering the streets of Los Angeles and surrounding cities in a specially designed suit that holds all of the junk he has produced over the last few weeks.

“For most of us, trash is out of sight, out of mind,” he told AFP on the swanky shopping streets of Beverly Hills.

“We throw it in the garbage can and it goes away and we never think about it again. I wanted to create a visual that helps people to really see how much our trash adds up.”

A ROBOT MADE OF TRASH

With just a few days left to go in his challenge, Greenfield is wearing around 62 pounds (28 kilograms) of rubbish generated from the drinks, snacks and meals he has consumed.

All of it is packed in his clear plastic suit, with specially constructed pockets on the arms, legs and back.

The legs are already bulging with cans that clatter and restrict his ability to walk, adding to the overall impression of a robot made of junk.

“It was about day 12 that I started to really feel the burden of consumerism,” he said, noting that the average person in the US creates around five pounds of waste per day.

“I really started to feel the weight and see the visual and just say ‘wow, it’s astounding how much our trash really adds up’.”

PEOPLE UNDERSTAND THE MESSAGE OF THE TRASH SUIT

Greenfield, who prides himself on living a minimalist life with only a handful of possessions, no bank account and no driving license, is no stranger to stunts aimed at raising awareness of environmental issues.

In 2019, he fed himself for a whole year on food he grew and harvested himself.

But for the purpose of the trash suit, he decided to put aside the asceticism and consume like the average American for 30 days.

The sight of a man wearing garbage as he wanders through upmarket parts of one of America’s most avowedly consumerist cities raises some eyebrows, but, he says, most people are interested in learning more.

“There are some people who think I’m someone who’s experiencing homelessness or that I have a mental health issue, but for the most part, people have just been very positive.”

“People can understand this message and it helps me to really reach people from all walks of life.”