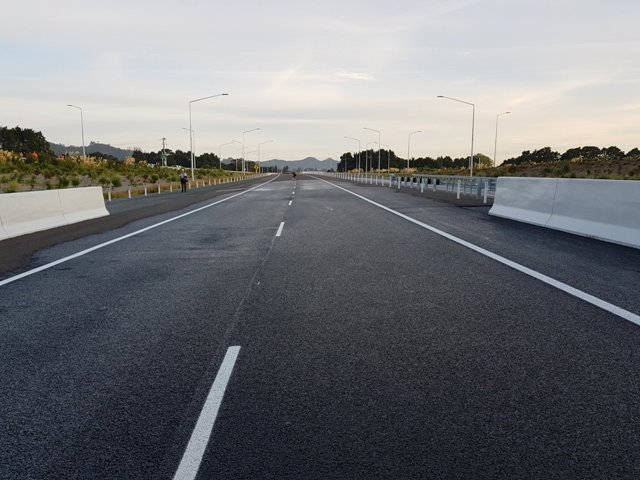 Transport Minister Michael Wood has welcomed the announcement that a 110km/hr speed limit has been set for the SH1 Waikato Expressway, between Hampton Downs and Tamahere.

“The Waikato Expressway is a key transport route for the Waikato region, connecting Auckland to the agricultural and business centres of the central North Island. The features making it safer for travelling at higher speeds include having at least two lanes in each direction, a central median barrier, and no significant curves,” Michael Wood said.

“The Government is investing heavily in our transport system and is upgrading many state highways with a focus on making them safer and more efficient. The speed limit is being increased on the Waikato Expressway because it can support higher travel speeds without compromising safety.

“This road has been selected for the increase because of its modern design and safety features, creating one of the best roads in the country.

“The Expressway will improve economic growth and productivity through more efficient movement of people and freight, as a result of increased capacity and passing opportunities.”

Between October and November 2021 Waka Kotahi consulted on the proposed speed limit changes which have now been finalised and will take effect from Wednesday 13 July 2022. In addition to consulting with the public, Waka Kotahi also consulted with Iwi, NZ Police, AA, Ia Ara Aotearoa Transporting New Zealand and the local councils.

The majority of the 744 submissions received were in support of what was proposed.

“The new speed limit will apply to the Hamilton section of the Waikato Expressway scheduled to open in mid-July, as well as the remaining Hampton Downs, Ngāruawāhia and Tamahere sections currently being upgraded to meet the necessary design and safety standards,” Michael Wood said.

“When completed, people will be able to safely travel a continuous 78km, from Hampton Downs to south of Cambridge, on a median divided four lane expressway at 110 km/h.”

More information on the permanent speed limits and our consultation summary, including the submissions can be found at: www.nzta.govt.nz/WEX110.