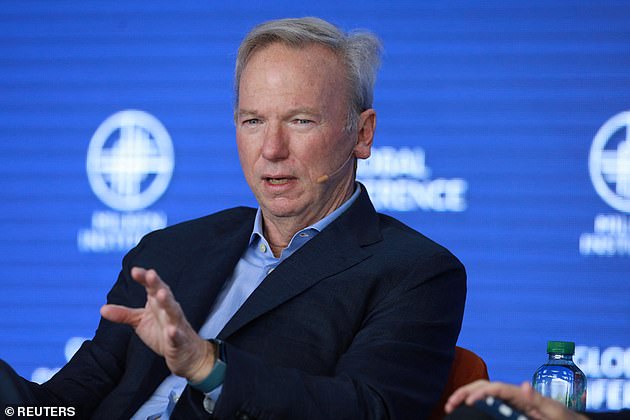 Soaring numbers of wealthy Americans are buying ‘golden passports’ that grant them citizenship to New Zealand, Portugal and other ‘safe’ countries over fears of impending civil war in their home country.

Henley & Partners, a firm that helps the wealthy shop around for citizenship across the globe, said sales to American nationals worth between $50 million and $20 billion have shot up more than 337 percent since 2019, Business Insider reported.

Countries involved – including Portugal, Malta, New Zealand and Austria offer citizenship or visas that lead to citizenship in return for heavy investment in the host national, and a visit of just a few days there each year.

Latitude Residency & Citizenship and Dasein Advisors, two other citizenship firms, said they too have seen more inquiries from American clients over the past three years than in the previous 20 combined.

‘We’ve all lived through the past two and a half years,’ Reaz Jafri told Insider, referencing the pandemic and the civil unrest that followed.

‘It all just reminded us how vulnerable and frail we are, and people who have means are accepting that it will happen again — and they don’t want to be caught off guard.’

Other issues said to have seen the demand for foreign passports spike include the likely end of Roe V Wade, which legalized abortion across the US, Florida’s Parental Rights in Education Bill – better known as the Don’t Say Gay Bill, as well as fears for the future of America’s democracy following the Black Lives Matter and January 6 riots.

Volek told Insider his firm saw an uptick in clients during the Trump administration, and once the pandemic hit, wealthy Americans were hit by the realities of their country’s COVID restrictions.

‘In the very strict lockdowns there was a point where if you only had an American passport, you could not enter Europe,’ Volek said. ‘I think that made a lot of particularly ultra-high net worth individuals realize that they’re potentially a little bit more fragile than they thought.’

Former Google CEO Eric Schmidt was one of the rich elites seeking a ‘golden passport’ in 2020 as he applied for European citizenship in 2020 through Cyprus’s now defunct program.

Along with fears of another pandemic, worsening storms fueled by climate change and worries over an economic collapse, the billionaires are also afraid of civil unrest from a divided nation that only seems to be getting worse everyday.

The country also received a shock on January 6, 2021, when supporters of former President Donald Trump stormed the Capitol in a deadly riot to attempt to stop the certification of Joe Biden’s victory.

In 2022, Americans continue to be divided over these issues as well as Florida’s so-called ‘Don’t Say Gay’ bill and nationwide police reform efforts, where liberal cities that embraced the new laws are experiencing surges in violent crime.

Jafri said the issues plaguing America have caused billionaires to share a single concern, a fear about the future of American society.

Among the most popular countries billionaires are seeking citizenship for is Portugal, which offers a five-year residency permit that allows visa-free travel to 26 countries in the European Union.

Portugal’s program requires a minimum investment of $200,000 in real estate and an average stay of just seven days a year in the country. After the permit expires, individuals can apply for full-time citizenship, which takes an additional three years.

New Zealand, another popular country for ‘golden passports,’ grants permanent residency status to those investing in residential or commercial property, as well as high growth investments and government bonds.

The country’s Investor 1 visa asks for about $6.5 million in investments over three years and requires applicants to stay in the country for 88 days over that timespan.

The Investor 2 visa asks for about $2 million in investments over four years and requires applicants to be 66 or older and to stay in the country for 438 days over four years.

Malta offers European citizenship to those who contribute more than $740,000 to the national development fund, more than $860,000 into real estate investment, more than $12,000 to charity, and provide proof of at least 36 months of residency in the country.

The nation also offers an expedited process that only calls for proof of 12 months of residency so long as the applicant contributes more than $925,000 to the national development fund.

Austria provides ‘golden passports’ through investment directly, asking foreign applications to invest more than $12.3 million into a business or make a $3.7 million contribution to the government development fund.

Alternatively, applicants can make a nearly $50,000 contribution to the government fund for residency approval and then apply for full citizenship after 10 years.