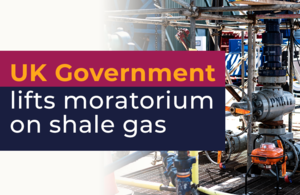 The UK government today removed the ban on shale gas production in England and reaffirmed its support for a new round of oil and gas licencing, which is anticipated to be announced by the North Sea Transition Authority (NSTA) in the first few days of October.

In order to do this, it is appropriate to explore all available options for raising UK oil and gas output, including shale gas extraction and the issuance of additional oil and gas licences.

Jacob Rees-Mogg, the secretary for business and energy, said:

Strengthening our energy security is a top priority because of Putin’s illegitimate invasion of Ukraine and the weaponization of energy. As the prime minister said, we will make sure the UK is an energy exporter by 2040.

It is appropriate that we have removed the stop to identify any prospective sources of domestic gas since in order to get there, we will need to investigate every option for producing energy, including solar, wind, oil, and gas.

As the Prime Minister previously said, the new licencing cycle is anticipated to result in over 100 new licences and is a key component of the government’s ambitions to speed up the domestic energy supply.

The NSTA is anticipated to make a number of fresh “blocks” of the UK Continental Shelf available for applicants to bid on licences under the upcoming licencing cycle, which follows the conclusion of the Climate Compatibility Checkpoint.

These licences will provide companies the ability to scour the territories covered by their licences for economically viable oil and gas reserves. Developers will continue to require regulatory clearance for any actions taken within their permitted region, such as infrastructure building or drilling.

In order to accomplish the goal of making the UK a net energy exporter by 2040, the UK will need to increase energy supply via a new licencing cycle and remove the restriction on shale gas extraction.

With the domestic and international demand for gas in mind, as well as where there is local support, the government is officially removing the moratorium on shale gas production today.

Future applications for hydraulic fracturing consent will be taken into consideration. Before beginning operations, developers must have the required licences, permits, and consents in place.

The decision was made concurrently with the release of the British Geological Survey (BGS) earlier this year, which commissioned scientific evaluation of shale gas production.

The evaluation acknowledged the limitations of our existing knowledge of UK geology and onshore shale deposits, as well as the difficulties modelling geological processes in the sometimes highly complicated geology found in UK shale areas.

There have only ever been three test wells in the UK that have undergone hydraulic fracturing. It is obvious that we need more sites to be drilled in order to collect better data and strengthen the body of evidence, and we are aware that certain developers are eager to help.

By removing the moratorium on shale gas extraction, drilling will be able to collect this additional data and help us better understand the UK’s shale gas resources and how to properly extract shale gas in the UK where there is local support.

To increase long-term energy security in Britain and lessen our susceptibility to high fossil fuel costs dictated by external global markets, we are building up renewable, nuclear, and low-carbon energy sources. Nevertheless, throughout this transition there will continue to be a need for oil and gas since these commodities are essential to ensuring the UK’s energy supply is secure.

We will become less reliant on imports from outside if we make the most of our own internal resources found under the North Sea.