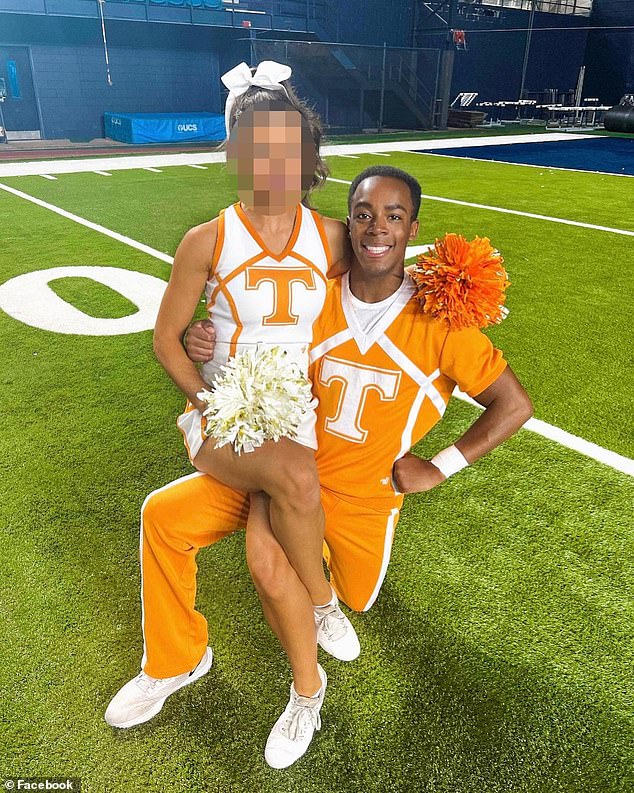 After two male teenage players accused him of sexual and emotional abuse in a lawsuit against cheering companies, including Premier Athletics, a star cheer instructor in Tennessee was banned.

According to a complaint brought by the victim’s mother, Mary Doe, Dominick “Nick” Frizzell, a cheer coach for Premier Athletics and a former student-athlete at the University of Tennessee, allegedly exploited and abused “young athletes” on a physical, mental, and sexual level.

In the complaint, Frizzell—referred to as a “Varsity cheerlebrity”—is accused of forcing John Doe 1, one of the 15-year-old boys, to ingest marijuana and have oral sex with him in the months of April and May.

According to USA Cheer executive director Lauri Harris, “What is said to have happened is awful, and we are saddened for any victims of abuse.” Sexual misbehavior and abuse of any kind is abhorrent and has no place in sport or society.

According to the complaint, manager of Premier Athletics Susan Traylor, who is also named as a defendant, allowed Frizzell to carry out the horrible deeds.

Frizzell reportedly started “sending sexually explicit texts and images of himself to John Doe 1 in January 2022,” which is when the cheer coach allegedly started his plans with the young lads.

Additionally, John Doe 1 was required to submit him images by the cheer coach.

According to John Doe 1, “He made it seem like it was a regular thing and it was OK.” “It wasn’t just.” It seemed to be occurring to many individuals, in my opinion.

A month later, John Doe 1 got in touch with a teammate who also said Frizzell had been sending him improper messages.

John Doe 1 subsequently switched gyms after reportedly having oral sex with Frizzell in May.

Then, in June, Traylor learned of Frizzell’s actions with young athletes thanks to an anonymous tip.

According to the complaint, Traylor and Frizzell were given specific instructions by Premier Athletic not to speak with John Doe 1’s mother about the accusations. After that, Frizzell received notification of the USASF’s July complaint of misbehavior against him.

To boast that he was “not permanently barred” and had been assured by Traylor that he wouldn’t be fired, Frizzell took the letter and emailed it to John Doe 1. The coach then threatened the young player by saying that he would “go after” the original reporter.

According to The Daily Beast, the cheer coach at the University of Tennessee “was officially removed” from the cheer team as of September 16.

Mary Doe said that she was unaware of the allegations until September and expressed surprise that the cheer organization failed to get in touch with her during the ongoing inquiry that included her son.

The Daily Beast quoted Mary Doe as saying, “I am upset that we had to do this.” “I am upset that this scenario had to be made public in order to even go ahead, expose, and ensure that something happens to the folks who utterly bungled this and failed to safeguard my kid. This is a necessary evil that must occur.

John Doe 2 is also named in the complaint at this time. In 2018, when Frizzell was 19 years old and the young player was 14, they first met. They were both cheerleaders for Premier Athletics.

On social media, the two became friends, but Frizzell insisted on seeing John Doe 2 only after two years had passed. Frizzell would send the youngster nude Snapchat photographs and demand that he do the same. They continued to have oral sex and other sexual actions for many years after that.

‘When Defendant Frizzell became twenty-one, he warned Plaintiff John Doe 2 that having intercourse with her may get him in jail. The complaint claims that the behavior nonetheless persisted.

Innumerable instances, sometimes at the homes of friends or family members, “Defendant Frizzell and Plaintiff John Doe 2 participated in oral sex and other sexual acts.”