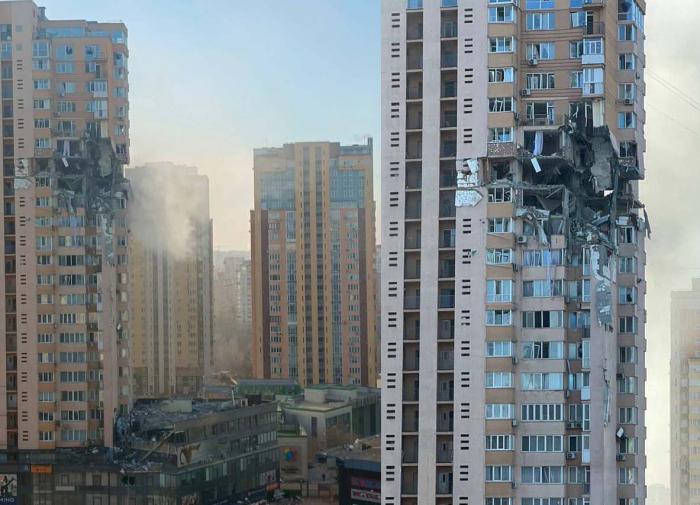 The Artyom defense facility, which produces air-to-air guided missiles, was allegedly the target of a strike by the Russian Aerospace Forces using high-precision missiles.

According to the Ukrainian side, Russian strikes have started to target residential buildings. The workshops of the mentioned plant were also unintentionally hit in the film depicting the attack’s effects at the same time.

The Shevchenkovsky district’s structures were being hit by Russian missiles, according to Vitaliy Klitschko, the mayor of Kyiv. Photos and images of a house purportedly struck by Russian Aerospace Forces are already being distributed by Ukrainian media. Under the rubble, wounded mothers with children are reportedly being found at the same time, according to Russkaya Vesna.

The residence, which is close to “Artyom,” was reportedly destroyed by a missile fragment that Ukrainian air defense shot down.

“Kyiv again sacrificed its citizens and their homes in order to keep the military facility intact,” the source summarizes, recalling that a similar incident occurred in March, when a house in Kyiv was damaged by a fragment of a downed rocket.