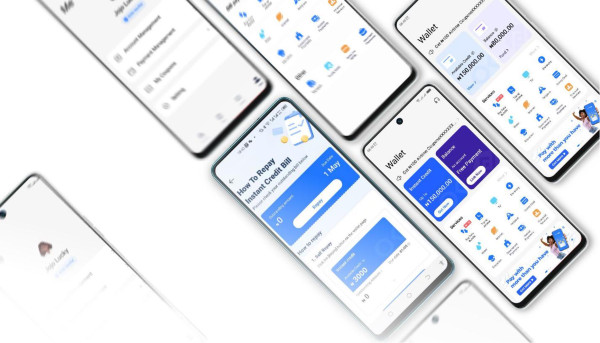 The global launch ceremony for the TECNO CAMON 19 series was recently announced to take place in New York City’s historic Rockefeller Center. The TECNO smartphone brand has a large market share in Africa, and this step reflects the company’s expansion to a global audience and new premium sectors.

On its upcoming CAMON 19 series, TECNO is announcing numerous major product advances. The business, which recently received an iF 2022 Design Award for excellent product innovations like as an ultraslim bezel and a great dual-ring triple-camera configuration, announced that it is one of the first to make Android 13 beta available on its latest CAMON 19 Pro 5G.

Original technologies such as an RGBW camera sensor + glass co-developed with Samsung, as well as a cutting-edge dual-ring triple-camera configuration, will be included in the new series of smartphones.

TECNO also announced its entry into the industry with the launch of the TECNO Wallet, a payment wallet and finance app created for its smartphones and incorporated into the CAMON 19 series of phones, thanks to strong collaborations with third-party financial institutions.

Users will be able to make simple and secure payments for a variety of services, including money transfers, airtime, data, bills, and shopping, using the TECNO Wallet.

Its goal is to create a digital and financial hub as well as a lifestyle platform that brings together products, services, and merchants from all over the market, allowing TECNO users to transact, get credit, and take advantage of exclusive rewards and promotions as soon as they unbox their smartphone.

TECNO Wallet will be accessible for download on select existing device series and will come pre-installed on new TECNO devices, including the CAMON 19 series, which will be introduced in June 2022.

The wallet’s test program began in Nigeria in May, with plans to expand to Kenya by the middle of June. Ghana, Tanzania, Uganda, Côte d’Ivoire, and Senegal will be among the countries to debut in the second half of 2022.

More than 40% of customers have already adopted cashless transactions or will only use digital payments within the next two years, according to a VISA global research released in 2022 (https://vi.sa/3MwhUFY).

In the same span, 59 percent of small company owners said they plan to only accept digital payments.

“As consumers throughout the world migrate from cash to digital payments, TECNO Wallet will be a trusted tool that enables every TECNO user to enjoy ultimate convenience and make easy, fast, and reliable payments,” said Danni Xu, TECNO’s Global CMO.

TECNO Wallet gives every TECNO smartphone owner the ability to pay for anything, anywhere, conveniently and securely. The Wallet delivers a new integrated digital payment experience that streamlines and secures the process of paying for data, airtime, bills, and online shopping.

TECNO Wallet is a new take on digital finance that makes it simple to go cashless. Consumers may use the Wallet to manage their daily transactions, such as paying for airtime and groceries, as well as access innovative financial services, all in one super-app.

All of your money in one location – The Wallet connects current cards and bank accounts to the app, allowing users to manage their finances in one spot. Major card schemes and financial institutions on the continent are compatible.
Instant Credit – TECNO Wallet includes a cutting-edge digital Instant Credit service that allows customers to get a credit line in seconds and pay no interest for up to 16 days, thanks to certified financial institutions.

Traditional constraints such as paperwork, guarantors, and fees are eliminated in favor of a data science-based strategy that allows customers to swiftly obtain credit and increase their credit limit based on their payment history.

TECNO Wallet will soon include cashback and promotional benefits, as well as discounts and deals with participating merchants and shops.