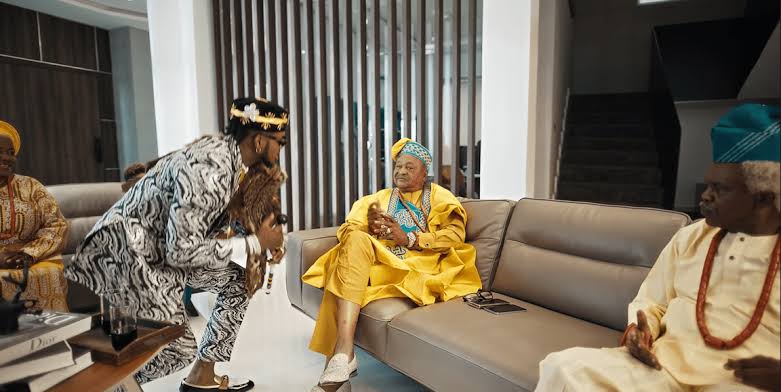 Tanzanian Musician Diamond Platnumz released the music video for his single “Wonder” on April 18 which was directed by popular Nigerian music video director TG Omori and stars Veteran Nollywood actor Jide Kosoko.
Jide Kosoko is a Nigerian actor, director and producer. He was born into a royal family, hence his traditional title of prince or “omoba” in the Yoruba language.

The video’s main action opens with an aerial view of Lagos, Nigeria’s third mainland bridge, with Diamond Platnumz headed to the place of a love interest he met on Instagram according to the song’s lyrics.

Jide Kosoko happens to be the father of his desired bride-to-be, and after hearing Platnumz’s proposal, is happy to give his daughter away to the fictional King of Swahili, as a radio presenter had earlier announced.
The video is rich in colour, with Diamond Platnumz bringing his well admired eccentric fashion taste to the fore.

Below is the “Wonder” music video starring Jide Kosoko.