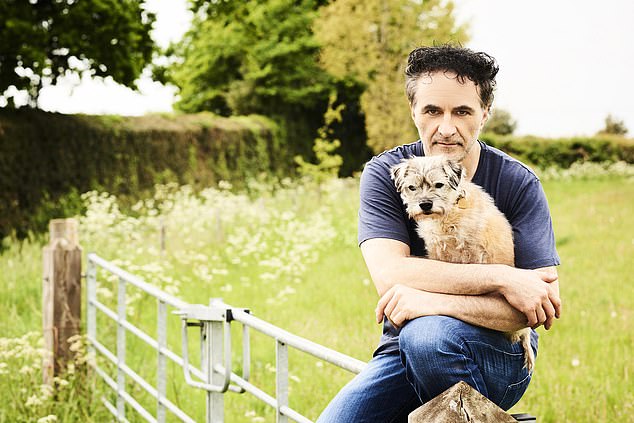 Professor of Veterinary Medicine Noel Fitzpatrick disclosed he was sexually abused by a male farmhand on his family’s farm.

In his forthcoming autobiography ‘Beyond Supervet,’ the TV vet reveals in a chapter headed ‘Openness’ that the alleged offender was his occasional babysitter when his parents went out.

Mr. Fitzpatrick told The Times that the farmhand’s tobacco-stained hands positioned his head so that he could commit horrible acts.

According to him, the abuse occurred in the fields, on a tractor, in the family residence, and in a dilapidated hut.

And when eight-year-old Fitzpatrick had the fortitude to confide in a local priest and tell him what was occurring, he was informed he would go to hell.

The book states: “[He said] that God would punish me and send me to Hell, and that I was a wicked person for bringing these words into God’s house.”

In his soon-to-be-published book, Fitzpatrick writes, “His parting command was to pray penance prayers and never talk of it again.”

Professor Noel Fitzpatrick has confessed he was sexually raped as a child by a male farmhand on his family’s farm.

Elsewhere in the book, the TV vet describes being cruelly tormented, taunted, and battered in school.

He writes, “In high school, I was unable to read or write on par with my peers. The other lads knew things like mathematics and girls, but I was clueless about both. I grew consumed with learning to the expense of all else.

‘Perhaps unsurprisingly, I was daily subjected to vicious bullying and physical and mental abuse. Pirate, who was tied to the wall of the cowshed on our farm in Ballyfin, County Laois, Ireland, was my sole buddy. He was the farm dog to everyone else, but he was my closest pal.

He says that he worked as a waiter, landscaper, and male model throughout college in Ireland and the United States, adding, ‘I studied every hour I could, and my love life did not develop until I was in my twenties.’

Regarding his financial difficulties, he adds, “I ran out of money and switched banks three times.” I believed I could make my dream come true if I worked diligently and with purity of purpose. Eventually, I was able to establish my current business, Fitzpatrick Referrals, by converting a group of ancient farm buildings in Surrey.

‘Everything was constantly at stake, and I was frequently strained to the brink of despair, but I persevered.

“The price of my dreams was high, both monetarily and personally.” I was married to’strangers” dogs and cats rather than a woman (as one female friend accurately put it). Not that my clients are unfamiliar to me, and neither are the animals; they are like family.

Fitzpatrick also discusses the deaths of both his parents.

His beloved mother, Rita, died in February at the age of 92, while his farmer father went away in 2008.

In the book, he states that his father only ever witnessed one of his operations. In the late 1990s, he observed me do a pancarpal arthrodesis on a dog’s fractured wrist.

‘At the time, I didn’t have any suitable instruments – simply a wood drill on a long electrical cord to remove cartilage from bone and a mechanic’s hand drill with a bit to cut holes in the bone for screws, both covered with sterile cloth curtains. This procedure was performed in a wooden gardener’s shed.

I had always dreamed that my father would one day express his pride in me. He never did. I could see that he was quite impressed, and when he returned to Ballyfin, he would definitely tell everyone who would listen. However, he never said “Well done” to me. I don’t blame him. He was a product of his times and background.

“His reluctance is possibly one of the reasons why I feel inadequate each and every day of my existence. I suffer from low self-esteem. Yet I am aware that I have made tens of thousands of friends over my life, which is the biggest benefit of being “The Supervet.”