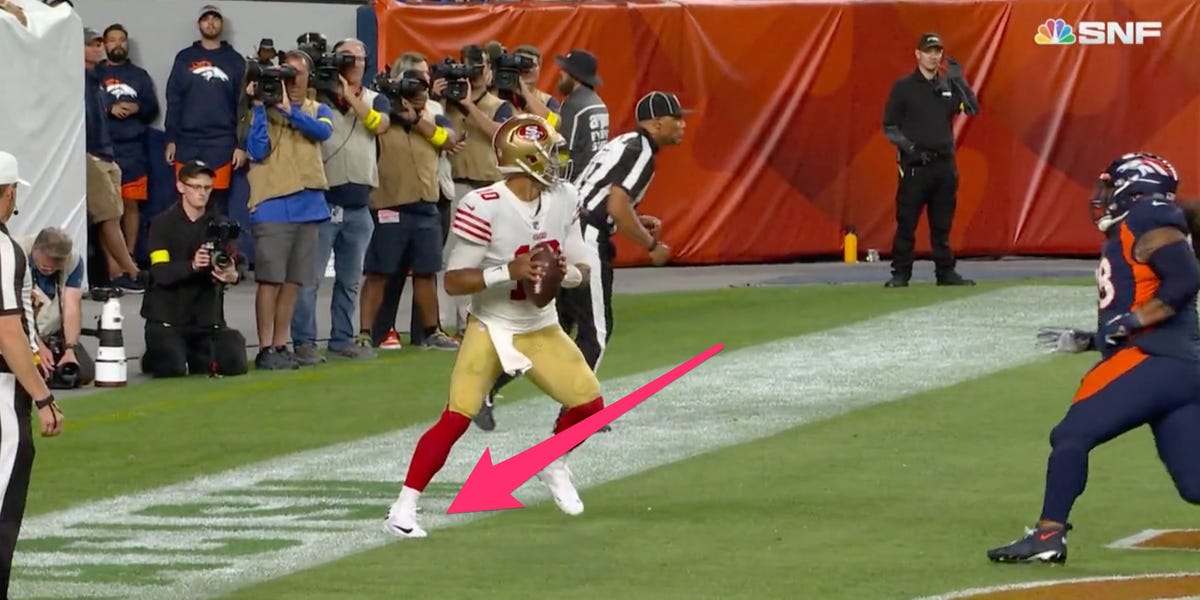 Jimmy Garoppolo of the 49ers, who unintentionally sprinted out of the back of the end zone for a safety, provided the high point of the low points.

It has occurred previously even if it doesn’t happen often.

Dan Orlovsky, a quarterback for the Detroit Lions at the time, made a startlingly identical play in 2008 by darting out of the end zone while being chased by Vikings defensive end Jared Allen.

Given that Orlovsky was the last player to make such a mistake, his performance will always be remembered. No one was thus happy to see Garoppolo meet a similar end.

Mike Tirico, the play-by-play announcer for NBC, drove home the point by bringing up Orlovsky’s error as soon as Garoppolo did.

Tirico apologized to Orlovsky over the radio after the play.

Dan Orlovsky is the first person that comes to me, but I sort of want to apologize to him, Tirico remarked.

For those who are unfamiliar with the play, Orlovsky of the Lions raced out the back of the end zone in 2008. Many of us would if Jared Allen, the outstanding defensive end from the Vikings, had been closing in on you at the moment.

“Until we saw it here today, it was one of the rare instances we had seen that play occur in a game. Dan has since had a successful career on television. I like watching him as he reports on ESPN. Dan, who was the first to come to mind, is now at least company.

Orlovsky does seem to be pleased to finally have some company.

The 49ers ultimately lost what turned out to be an extremely horrible game, 11-10, as a result of the safety coming back to get them.

»Sunday Night Football between the 49ers and Broncos was terrible«