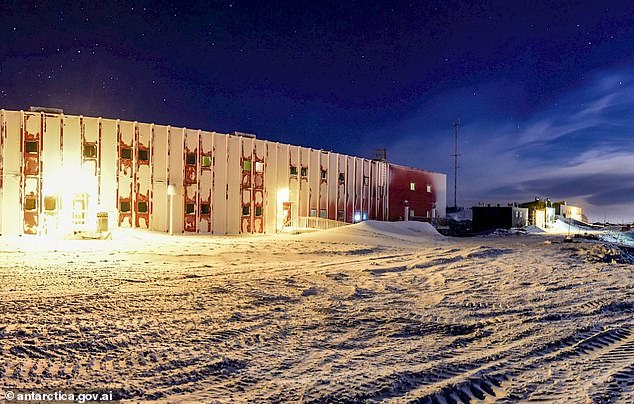 Women who work at Australian outposts in Antarctica are harassed for sex, exposed to pornographic jokes, and feel pressured to conceal their periods in order to fit in with a “blokey” culture.

In a stinging evaluation that prompted the Australian government to react angrily, female expeditioners detailed pervasive sexual harassment as well as predatory and objectifying behavior at the Antarctic research outposts.

Women who spoke to the investigation into station culture for the Australian Antarctic Division (AAD) stated they had to “practically hide” their cycles and make their own menstrual products when none were available.

Women spoke about needing to carry bloody items in the field, disrupting their hormonal balance with drugs, and changing menstrual products without privacy or proper cleanliness.

Meredith Nash, a professor at the University of Tasmania, conducted in-depth interviews with 22 AAD staff members as well as casual talks with many others.

The summary report states that while the study’s participants’ women “found a variety of ways to cope individually,” the “more concerning issue” is that “people who menstruate feel compelled to uphold a male-dominated field culture in which menstruation is concealed and controlled to meet masculine cultural norms.”

According to Professor Nash, it is immoral for us to keep attempting to persuade women to pursue careers in industries where males predominate if we aren’t sure that organizations can keep them safe.

AAD director Kim Ellis expressed his great worry about the results, noting that more than 40 suggestions had already been implemented with “substantial improvement.”

No matter how many individuals may have encountered this behavior—under-reporting is probably likely a role, he said—the fact that anybody at all encounters this treatment is unacceptable.

Given the underrepresentation of women, several women also characterized the society as “predatory” and “objectifying” (particularly during the winter), according to the survey.

Women were subjected to a variety of forms of harassment, according to participants, including unwanted physical contact or gestures, unwanted sex requests, sexual comments, jokes, or innuendo, intrusive questions, displays of offensive or pornographic material, sex-based insults or taunts, and unwanted invitations.

Additionally, participants spoke of a homophobic environment at the study locations.

Tanya Plibersek, federal environment minister, said that after reading about people’s experiences, she was astounded and dismayed and promised a change in culture.

She told the ABC, “As a minister, I take a zero-tolerance approach to sexual harassment in whatever workplace I am responsible for.”

‘I genuinely thought that we had abolished this (kind of) stuff decades ago, so I was absolutely gobsmacked to read some of the stories here talking about pornographic things up on the walls.’

The AAD, which operates three permanently staffed outposts in the frozen continent, has adopted all suggestions.

They include establishing a task group for equality and inclusion and establishing goals to broaden the diversity of expeditioners.

Unless they are returned home or have an emergency that requires them to leave, employees typically stay at the bases where they are employed for six or twelve months each contract.

Employees who take positions with the AAD pledge not to participate in sexual harassment or other “extreme behavior” as defined by a code of personal conduct.

For instance, “disorderly behavior, including being aggressive, threatening, insulting or abusive” and “indecent exposure and other disgusting, obscene or offensive behaviors” are examples mentioned on the AAD recruiting website.

The AAD recruiting website defines sexual harassment as “any unwelcome, uninvited, and unreciprocated behavior of a sexual character that is undesirable to another person.”

Breach of the code may lead to counseling, reprimands, early return to Australia, and the submission of any issue having legal ramifications to the authorities.