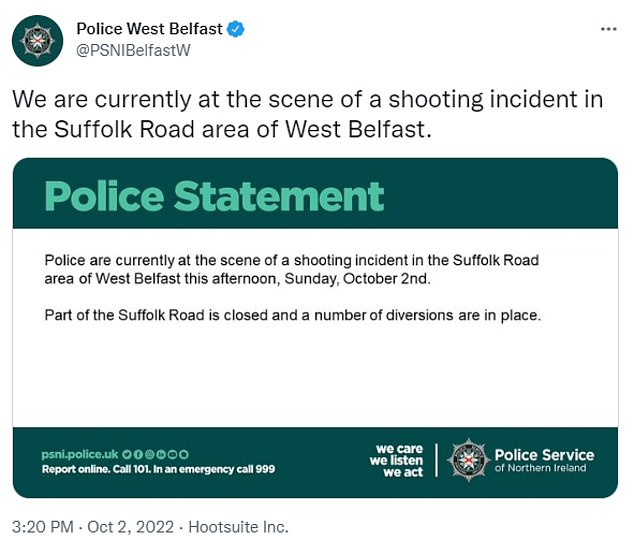 West Belfast is the location of a gunshot incident, and police from Northern Ireland are there.

On Sunday afternoon, it took place in the Suffolk Road neighborhood.

The Belfast Telegraph reports that two persons have reportedly been shot.

It is thought that police were called to the Donegal Celtic Social club during the incident.

A portion of Suffolk Road is blocked, and there are many detours in place, according to the Police Service of Northern Ireland.

According to a report from Belfast Live, the Northern Ireland Ambulance Service got a request for assistance at about 2.45 p.m. due to reports of a gunshot.

The incident was attended by two emergency units as well as a crewed charity air ambulance.

No patients were removed from the scene after evaluation and first care, an NIAS spokeswoman informed Belfast Live.