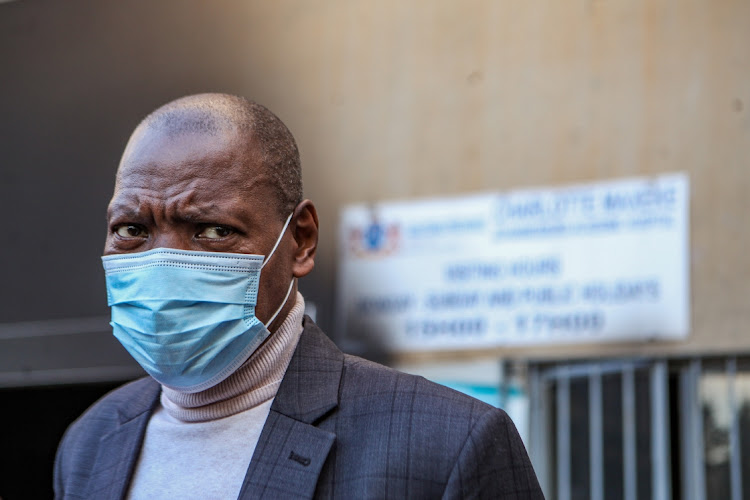 The joint committee on ethics and members’ interests finalised Mkhize’s case on Monday and concluded he could not be held liable for his adult son allegedly benefiting from the Digital Vibes contract. It also found he did not breach the code over maintenance work done at his home amounting to R6,720.

The committee said it considered a complaint laid by DA MP Siviwe Gwarube in two parts — that his son is alleged to have received benefits from Digital Vibes to the tune of R300,000 and R160,000 and that Mkhize himself received benefits from the same company totalling R6,720 for electrical work done at his Cranbrook property in Bryanston.

“In respect of part 1 above, the committee noted that in order for an MP to be held liable for a benefit that a family member is alleged to have received, the family member (the son) must fit within the definition of immediate family member as defined in the code of ethical conduct and disclosure of members’ interests for assembly and permanent council members,” wrote advocate Anthea Gordon, the ethics committee’s acting registrar.

She explained that the code defines immediate family member as “a member’s spouse, permanent companion or dependents”.

The committee said Mkhize’s son was an adult, married individual who is not financially dependent on him.

“In this regard, the provisions of the code cannot be applied to hold the MP liable for the alleged benefit received by his son.

“In this regard, the committee found that the member did not breach the code.”

The ethics committee also cleared Mkhize of the second part of the complaint saying he did not breach MPs’ code.

It said in addition to the information that Gwarube and Mkhize provided, relevant invoices that it sourced which amounted to R6,720 and an affidavit of the owner of 4 Way Maintenance, the company that did the work at Mkhize’s home, it considered that Thamsanqa Mkhize, a person who is not an MP but with the same surname as the former minister was the person liaising with 4 Way Maintenance and the person who was charged with making the payments in respect of invoices.

“In this regard, the committee concluded that Hon Dr Z Mkhize did not breach the code. In the light of the above, the complaint file in this matter is accordingly closed,” it said.

Gwarube laid a complaint against Mkhize for his role in the awarding of a multimillion-rand contract to Digital Vibes in June last year.

At the time, she cited media reports as having indicated that Mkhize had personally signed off on the submission that contained the contract to the company which was run and owned by his close associates.

“It is deeply disappointing that the ethics committee would arrive at the conclusion that the alleged funnelling of money to the former health minister’s son isn’t a violation of the ethics code,” Gwarube said.

“The application of sections of the code were applied so narrowly that it excludes the minister’s son as an unduly beneficiary on the basis that he’s an adult and not dependent on Dr Mkhize financially. This finding is seemingly at odds with the spirit of the code and provisions of it by this narrow application,” she added.

“Dr Mkhize remains an MP and so we will monitor closely the outcomes of the Hawks investigation and take steps flowing from that.”

The ethics committee’s decision comes a day before the SIU’s special tribunal hands down judgment in the Digital Vibes matter.