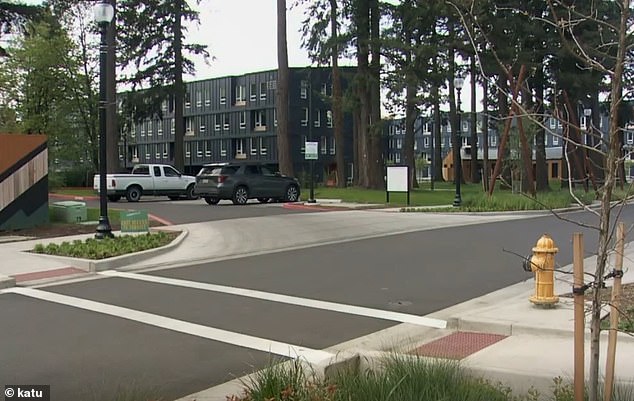 An Oregon mom in the midst of a bitter custody battle carried out a murder-suicide of her and her two children, police say.

On Tuesday police found 31-year-old Ashley Palmer, her six-year-old daughter Kayleana Beatrice Palmer and eight-year-old son Xavier Rayvaughn Danger Palmer dead from apparent gunshot wounds in their Gresham apartment after following up on a welfare check. Police determined that Palmer carried out the gruesome killings before turning the gun on herself as she struggled to deal with the prospect of having to split custody of the children with her ex-wife.

Following their split the two became embroiled in a ‘pretty bad’ custody dispute.

‘We were in the middle of trial and the children were going back and forth between our houses,’ Jenavie told Oregonlive.com

According to Jenavie, hours before the children were found dead she received a disturbing text from Ashley which included a YouTube link to a music playlist that said ‘mother children murder suicide 2022’

Jenavie said she called the police but they were not able to get inside the apartment and they told her to wait until morning to check on the children, but it would be too late.

The murder-suicide came after years of bickering over custody.

Palmer claimed in court twice that her children would face ‘imminent harm’ if Janavie was allowed partial custody, which Jenavie’s lawyer Erin O’Riley claimed was her go-to move whenever she did not get her way.

The order was initially granted in July 2021 but that was dismissed shortly after when it was determined the kids were not in danger.

A second request was dismissed the day it was filed in February, Oregonlive.com reported.

Things continued to be contentious when in April Jenavie sought equal custody, citing a domestic violence charge that had been pleaded down to disturbing the peace.

Now the heartbroken mom, who last saw her children the weekend before Mothers Day earlier this month, only has memory of her children.

She recalled how much Xavier enjoyed video games and Legos, saying ‘He was smart and full of love. He was so caring.’

‘She used to make up songs about calling the unicorns to come so she could play with them,’ she told Oregonlive.com

Janavie, who was meant to be reunited with her kids the day they were killed, said in her last conversation together they were happy and excited to see her again.

‘They were loved,’ Jenavie said. ‘They had their whole lives ahead of them and it was stolen from them. They are going to be very, very missed.’