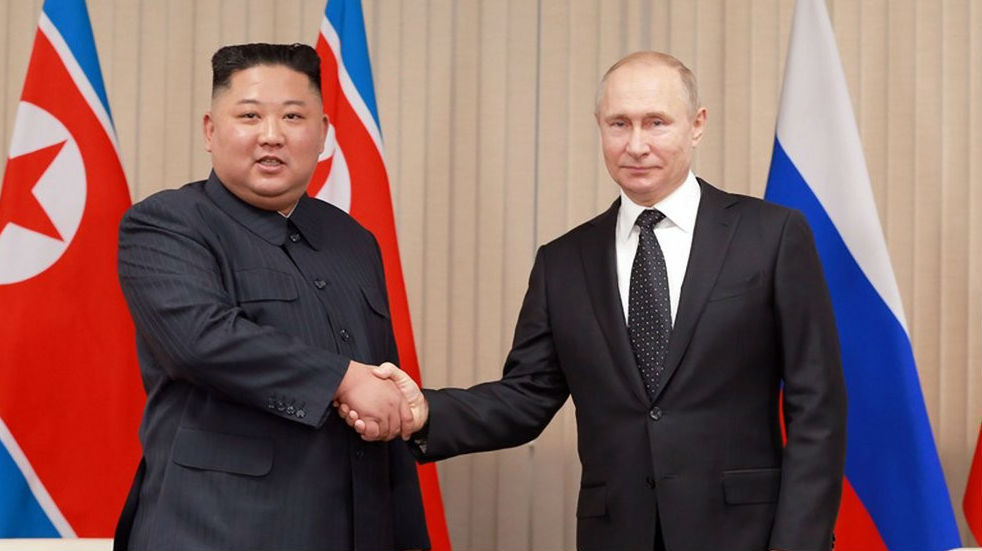 In the message sent the previous day, Kim congratulated Putin on the anniversary of the Soviet Union’s victory over Nazi Germany in World War II, according to the Rodong Sinmun, an organ of the ruling Workers’ Party, and the Korean Central News Agency (KCNA).

Russia celebrated the 77th anniversary of the holiday Monday.

Kim’s message “extended firm solidarity to the cause of the Russian people to root out the political and military threat and blackmail by the hostile forces and safeguard the country’s dignity, peace and security,” the KCNA said in an English-language article.

“It expressed belief that the strategic and traditional relations of friendship between the two countries would steadily develop in conformity with the requirements of the times,” it added.

The North has recently highlighted its traditional ties with Russia, which has drawn condemnation from many countries for its invasion of Ukraine.

In February, a spokesperson for the North’s foreign ministry blamed the Ukraine crisis on the “hegemonic policy” of the United States and the West. (Yonhap)