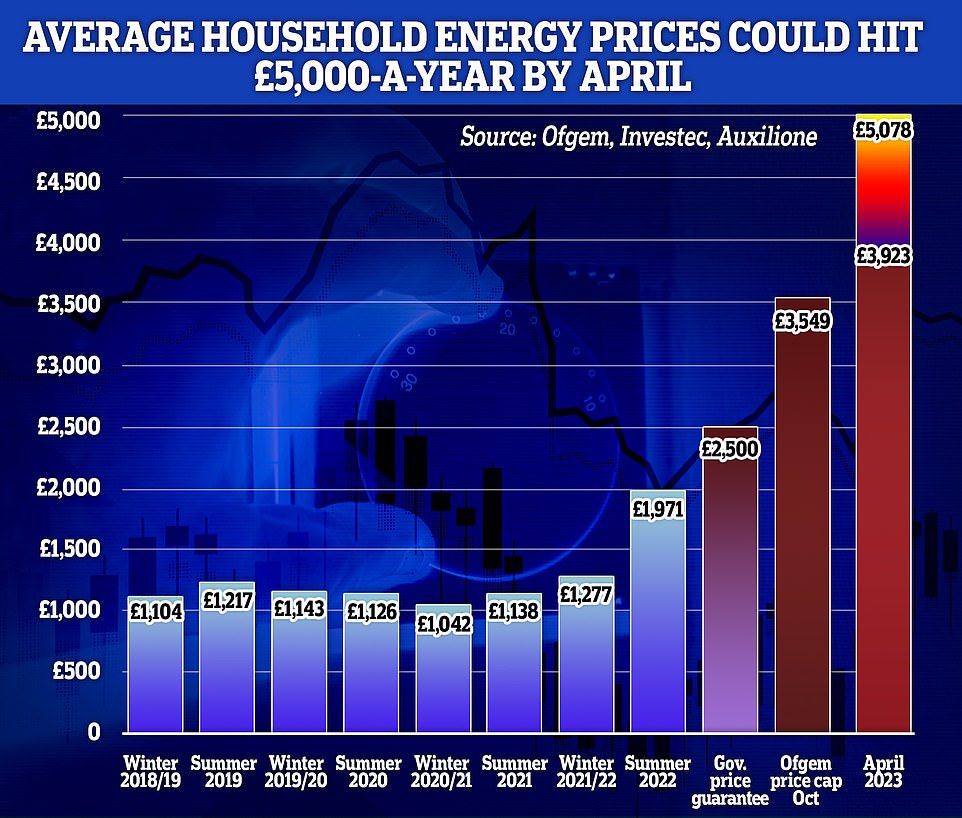 After Jeremy Hunt abruptly reduced the Government’s support program from two years to six months, millions of homes will experience a “cliff-edge” of skyrocketing energy costs in 2019.

The program, which seeks to keep typical annual family expenses under £2,500 despite skyrocketing energy prices, will be overhauled in April, the incoming Chancellor said yesterday.

Analysts cautioned that the change might cause some families’ average expenses to treble to more over £5,000.

In order to calm the markets following the upheaval caused by last month’s “mini-Budget,” Mr. Hunt made the announcement in the midst of the cancellation of £32 billion in tax cuts.

Speaking in the Commons, he also wouldn’t rule out raising windfall taxes on oil and gas industry revenues in order to fill the public finances’ gaping vacuum with additional funding.

Prime Minister Liz Truss’ decision would be another embarrassing U-turn after she last month decided against enacting extra windfall taxes because she believed it would discourage economic investment.

However, Mr. Hunt assured lawmakers that he was not opposed to the idea of taxing revenues that were really windfalls. There are no off limits topics.

Yesterday, Treasury officials were frantically trying to come up with a new price guarantee program that would probably be means-tested. All families were supposed to be subject to the present system until 2024.

Reduced funding, according to the Resolution Foundation think tank, may result in savings of up to £40 billion in 2019. (2023-24). According to industry estimates, the prior two-year plan may have cost between £70 billion and £140 billion, depending on the gas wholesale price.

Mr. Hunt promised that ministers will keep helping society’s most helpless members. According to him, “the goal is to develop a new strategy that will dramatically reduce taxpayer costs while guaranteeing ample help for those in need.”

The Chancellor stated that help for firms would also be more targeted.

Following the revelation, Labour launched an offensive. Miss Truss has often criticized the party for calling for the expansion of windfall taxes on energy revenues as well as for proposing help for home bills lasting just six months.

The Commons business, energy, and industrial policy committee’s Labour chairman, Darren Jones, said: “We have long argued for the targeting of public monies to those who need it most.

Any reduction in assistance for all bill payers should be gradual rather than abrupt.

According to Mike Foster, CEO of the Energy and Utilities Alliance, the action “will add significant financial pressure on individuals already struggling to pay their bills, along with the fact that promised tax savings have now been removed.”

John Palmer of the senior charity Independent Age said: “Today, instead of delivering stability, simply supplied uncertainty.” National Energy Action characterized the situation for homes as one of “great uncertainty.”