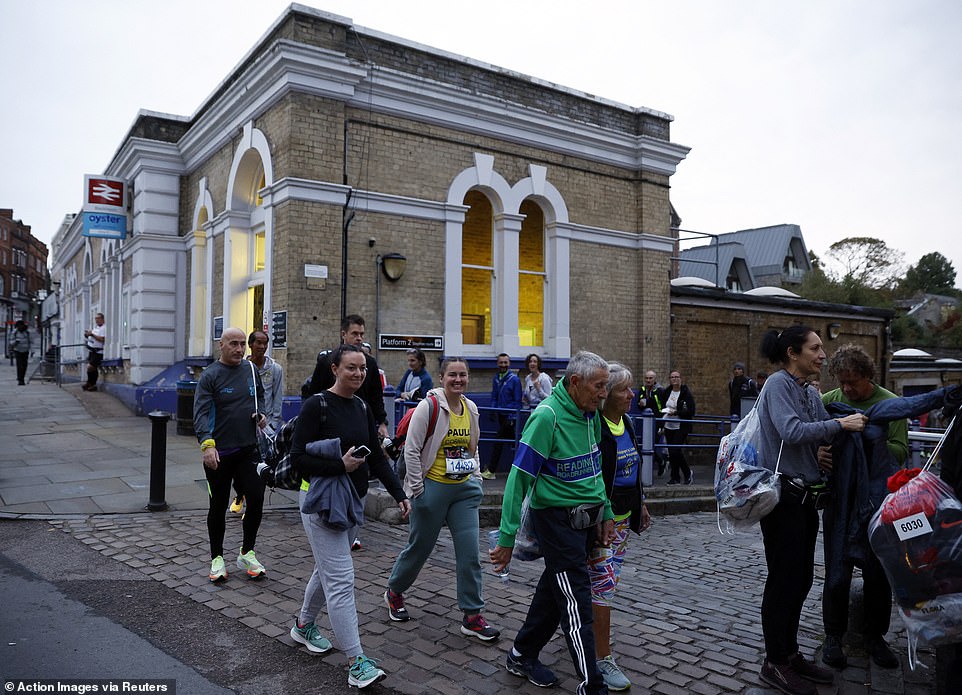 There is a chance of rain showers today, which might dampen the excitement of the London Marathon for both participants and spectators.

The Elite Men’s race and mass start will take place at a comparatively chilly 14C, despite the maximum temperature of 18C that is predicted for today afternoon.

According to the Met Office’s prediction for London, the day will begin gloomy but clear up around noon before becoming more overcast later in the day and into the evening. The mid-afternoon maximum temperature is fixed at 18C.

The organization’s radar, however, seems to indicate that there may be some showers passing over London between 8am and 11am.

The expected wind speed from the north-west will be six miles per hour, which shouldn’t be too windy to affect a participant’s pace.

The Met Office predicts a “cloudy morning with possible bursts of rain, particularly over southern parts” on its website.

According to the circumstances, “rain will gradually clear during the afternoon, most locations will become drier and brighter, and some sunny spells will appear,” it was stated. A cold morning, but afternoon temperatures could increase.

The event, which will start in Greenwich Park and travel through the heart of London to the finish line on the Mall close to Buckingham Palace, is expected to draw some 50,000 participants.

The marathon will be staged in October for the last time, and tens of thousands of people are expected to line the track to support those competing. Throughout the epidemic, the race was moved to the autumn, but April schedule will resume in 2023.

When the wheelchair races commence at roughly 8.50 a.m., three of England’s Lionesses will sound the starting klaxons, with Leah Williamson sounding the first buzzer.

The majority of the country’s rainy weather, according to the Met Office’s forecast, will be restricted to the south, while conditions elsewhere will be sunnier.

‘Outbreaks of rain will move eastward this morning throughout southern England and the far south of Wales, clearing by afternoon,’ the forecast said. Most other areas are dry with sunny periods, although northern Scotland is windy and showery.

The UK will see clear sky and mild breezes tonight, which might make it feel cool and cause fog patches to form in some areas. Later that night, clouds and heavier winds will move in from the far northwest.

When the fog patches dissipate tomorrow, the most of the nation will continue to be dry and sunny, while the Met Office issues a warning that “a little light rain is possible in the extreme south.”