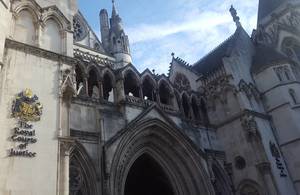 After his case was taken to the Court of Appeal, a man who had raped and assaulted a lady was given a longer jail term.

The victim was subjected to controlling and coercive behavior by the criminal, who cannot be identified for legal reasons. He also abused the victim’s daughter verbally and physically.

The defendant was found guilty on two charges of rape, controlling and coercive behavior, child abuse, and common assault and given an 8 years and 3 months sentence on July 15, 2022. A restraining order was also given to the perpetrator.

The Unduly Lenient Sentence procedure was used to send the matter to the Court of Appeal after the sentence.

The victim and her daughter were exposed to abhorrent attacks and coercive, controlling behavior by the criminal, which left a lasting impression on them both.

By lengthening the term, it is made very apparent that abuse of any kind is unacceptable and will result in severe punishment.