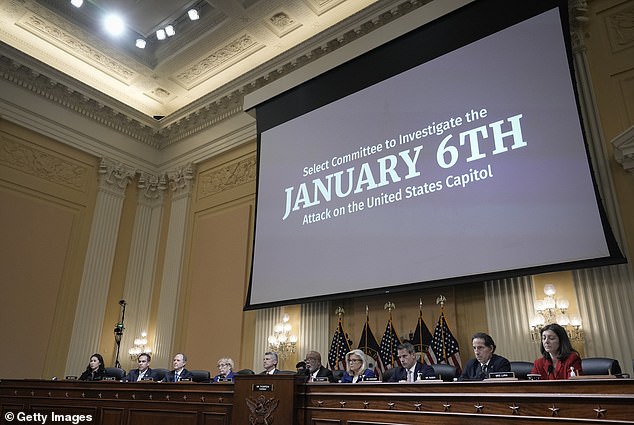 Liz Cheney, an outgoing representative from Wyoming, said on Sunday that she would not allow Donald Trump to use the committee’s planned deposition on January 6 as a “circus” and made it clear that they would not allow him to speak live on television.

She didn’t completely discount it, however.

In a 10-page letter outlining the “overwhelming evidence” that the former president “personally planned and managed a multi-part campaign to reverse the 2020 presidential election,” the committee, which she assists in leading as vice chair, officially subpoenaed the former president on Friday.

On November 14 at 10 a.m., Trump is required to testify before the committee.

Cheney said in an interview with NBC News’ Meet The Press on Sunday that it’s conceivable that Trump committed “many criminal charges” that the panel is now looking into.

Cheney said, “We anticipate that the former president would comprehend his legal responsibilities and abide with the subpoena.”

Several items, including the need that he notify us in advance if he wants to take the Fifth Amendment, are made plain in the subpoena.

During a deposition earlier this year for a separate investigation into his business activities by New York State Attorney General Letitia James, Trump is said to have used the Fifth Amendment’s privilege against self-incrimination more than 400 times.

Trump is reportedly reluctant to postpone the appointment before the January 6 investigators, in contrast to previous court decisions.

The New York Times reports that he is instead promising to appear if it is on live television, like the eight meetings the committee conducted during the summer.

Is the committee amenable to Cheney’s alleged offer—or at least his behind-the-scenes offer—of appearing on live television? said host Chuck Todd of Cheney.

The committee thus takes this situation very seriously. The Republican said, “And we’re going to go on with interrogating the former president under oath.”

Trump’s meeting with her might last “several days,” she continued.

And it’ll be carried out with the degree of rigor, discipline, and seriousness it merits. We won’t permit…he won’t make this into a circus, Cheney said.

This will not be his first debate versus Joe Biden, with all the spectacle and food fight that ensued. This group of problems is much too significant.

And we’ve made it quite clear what his responsibilities are. And we are moving forward with that plan.

But when asked what she thought the Justice Department may accuse Trump with, Cheney resisted giving any details.

“Look, I believe there are many crimes,” I said. We are looking into it, but I don’t want to speak in front of the committee,” she added.

The committee is also looking for important documents and conversations from Trump dating between November 3, 2020 and the day of the Capitol assault in addition to his in-person testimony.

The committee’s letter alleges that Trump discussed methods to collect money off of his allegations of election fraud and challenged vote counts in crucial states while using the secure texting software Signal.

By November 4, Trump must provide any pertinent papers.

House Speaker Nancy Pelosi mocked Trump over his planned deposition in her own Sunday TV appearance.

The Democratic representative from California told MSNBC’s The Sunday Turn, “I don’t believe he’s man enough to show up.”