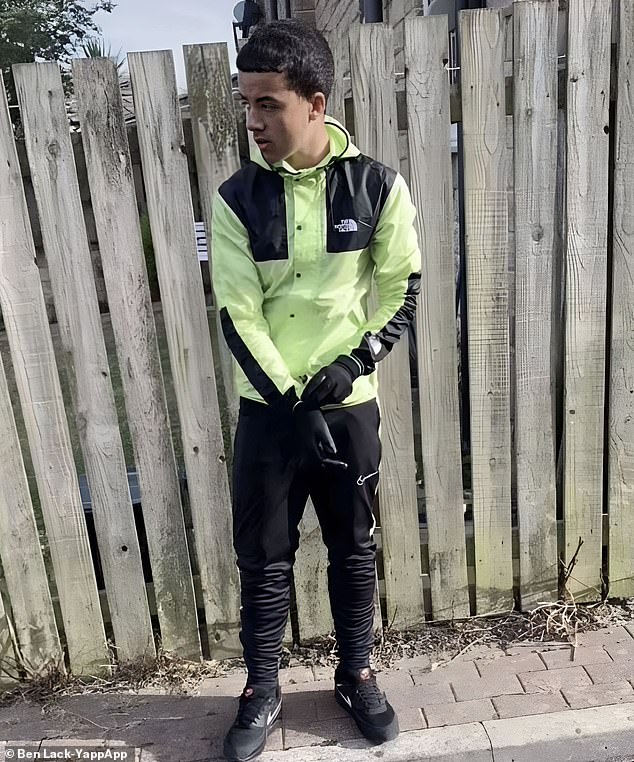 Khayri McLean, a 15-year-old student who was killed after being pushed down and severely stabbed, has been identified.

According to Good Morning Britain, the mother of the little victim arrived at the scene this morning and was “overcome with sadness.”

Afiya Mahmood, 39, who lives across the street from the school, said: “My husband messaged me to tell someone had been stabbed outside the school. I work from home.” It had to have been a half-hour or so since the event.

I hurried up to see what was happening even though I hadn’t heard anything.

From the window, I could see the youngster and the paramedics tending to him. There was blood, but everything has now been cleaned up.

Approximately 15 to 20 paramedics were there, or at least that is how it seemed. Then they removed him.

In order to place flowers beside the cordon, Billy Shankland went to the site with his son, a Year 7 student at the school.

“It’s terrible, I have a kid in the same age range, I can’t image what the family is going through,” he added.

Although he did not know the youngster, he had pals who did. It surprises me.

We don’t know whether it’s targeted or random, so anything might happen, which makes it really (concerning). It’s frightening.

A poem was left on the railings outside by Lucy Smith, a local who lives close to the school.

“I believe we’re all in shock,” she said, adding that anybody with a family must be feeling startled and heartbroken. I have two adolescents who are around the same age.

“It was incredibly essential for me to be here, when things like this happen, to simply make us feel better when we are all feeling absolutely helpless in the face of violence and thinking about a family that must be coming apart today,” the speaker said.

»Khayri McLean, 15, was assaulted and stabbed to death«