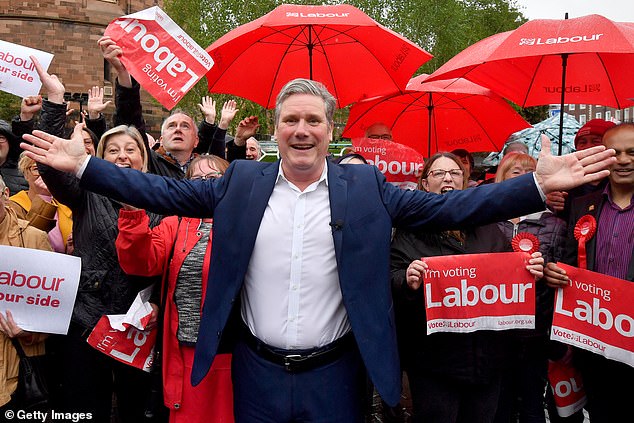 Keir Starmer’s election aspirations were dashed yesterday when he failed to make major advances across the Red Wall.

Labour maintained its grip on London on a night of mixed fortunes by capturing the highly symbolic councils of Westminster, Wandsworth, and Barnet.

After Boris Johnson and Chancellor Rishi Sunak were fined by police for attending a party in No 10 to mark the Prime Minister’s 56th birthday, the Labour leader tried to make the local election campaign about the Partygate scandal.

However, this backfired as he struggled to answer questions about a lockup event in Durham last year where he was photographed swigging beer.

Labour’s performance, according to Sir John Curtice, a politics professor at Strathclyde University, does not “suggest a party on pace to win a general election.”

‘For a party attempting to recoup territory in the so-called Red Wall seats in the Midlands and North of England, this wasn’t quite the progress they intended,’ the polling expert noted.

Labour is suffering from ‘Long Corbyn,’ according to former Tory Cabinet minister Sir Robert Buckland, as the terrible legacy of its former leader endures.