Skip to content
Go Home «» News «» World News «» Jack Grealish reportedly had sex with a lady at Benjamin Mendy’s home, where she was raped 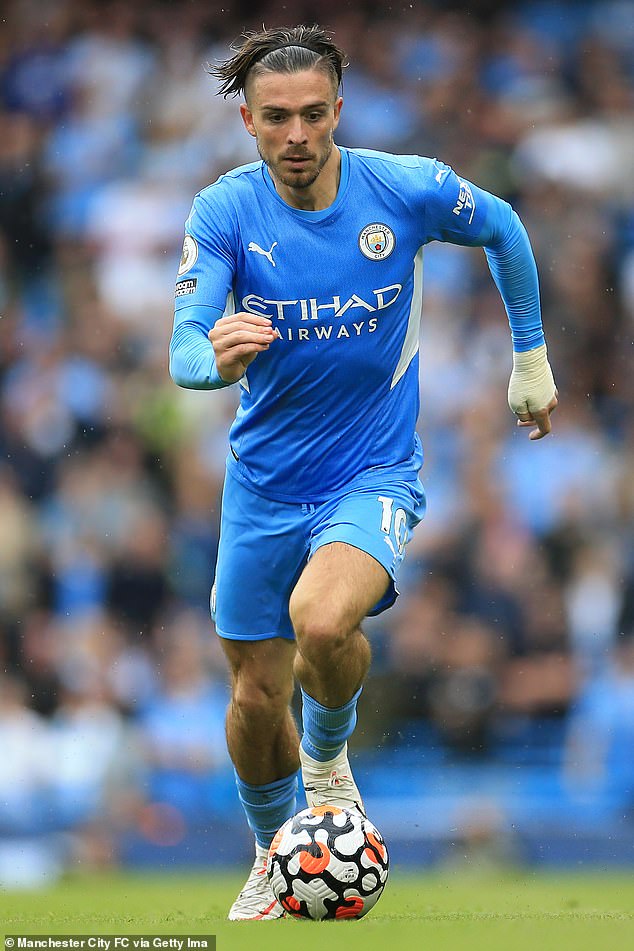 During a party at his Man City teammate Benjamin Mendy’s opulent house, where the lady claims she was subsequently raped by another man, England player Jack Grealish had sex with her, a court heard today.

Grealish is said to have had sex with a 23-year-old lady who was also raped by Louis Saha Matturie, Mendy’s co-accused.

Mendy, 28, and Matturie, 41, deny many accusations of raping and sexually assaulting several young women. Both contest every offence.

Grealish was mentioned in a woman’s police interview that was shown to the jury.

The victim, who was 17 at the time, claims that Mendy sexually assaulted her twice on the same evening of the party at his home in Prestbury, Cheshire, in August of last year.

She said that the lady who claimed Matturie had raped her had admitted to having sex with Grealish as well.

On Tuesday, the court heard from a youngster who claimed to have been raped by Mendy’s friend and “fixer,” Matturie, when she woke up.

The teenager, who was 17 at the time, said that she and a friend had gone to Matturie’s apartment close to Manchester’s city centre in the early hours of April 8 of last year.

The four of them spent some time playing cards, according to testimony given at Chester Crown Court, while Matturie, 41, and another guy who simply went by the names “Ghost” or “G,” were also there.

Then, when she admitted to being exhausted, Matturie let her know she may use the guest bedroom to sleep.

But she then claimed that she was fondled before being raped, which later awakened her up.

The young lady said she believed the guy known as Ghost was the one “spooning” her from behind, although he had a hood over his face and said nothing to her.

She said she didn’t recognise Matturie until after the alleged assault had ended and he stood up.

In a video interview shown to the jury, she admitted to police that “I began weeping.”

I just sat there thinking, “What the hell?” I cried and rushed away.

I wasn’t fully awake while it was occurring. I eventually became fully awake, and he stood away from me.

Although it doesn’t seem like much, it was terrible at the time.

However, Lisa Wilding KC, Matturie’s attorney, disputed the witness’ account of what happened.

The teenager’s friend, who is 19 years old, informed the court that she woke up being raped by the defendant in March of last year, a month before Matturie is accused of raping the 17-year-old.

Lisa Wilding KC, representing Matturie during cross-examination, questioned the adolescent: “She was suggesting Saha was a rapist.” You proceeded to return to the apartment after she had told you that, right?

According to Ms. Wilding, she was completely aware of her partner and the relationship was consensual.

She said that authorities then discovered an email from a business called Compensation Experts on the teen’s phone.

Was it about what you claim occurred with Saha, Ms. Wilding continued?

“You have purposefully misled about what transpired that night and lied to back your buddy in her accusation against Saha,” Ms. Wilding said.

The adolescent said, “No.”

Mendy is accused of being a “predator” who “made the chase of women for sex into a game,” according to the prosecution, while Matturie, his buddy and “fixer,” is charged with seeking young girls for sex.

Mendy contests the allegations of six young women being sexually assaulted, one attempted rape, and seven cases of rape.

If any sexual activity did occur with women or girls, according to both males, it was consenting.

»Jack Grealish reportedly had sex with a lady at Benjamin Mendy’s home, where she was raped«